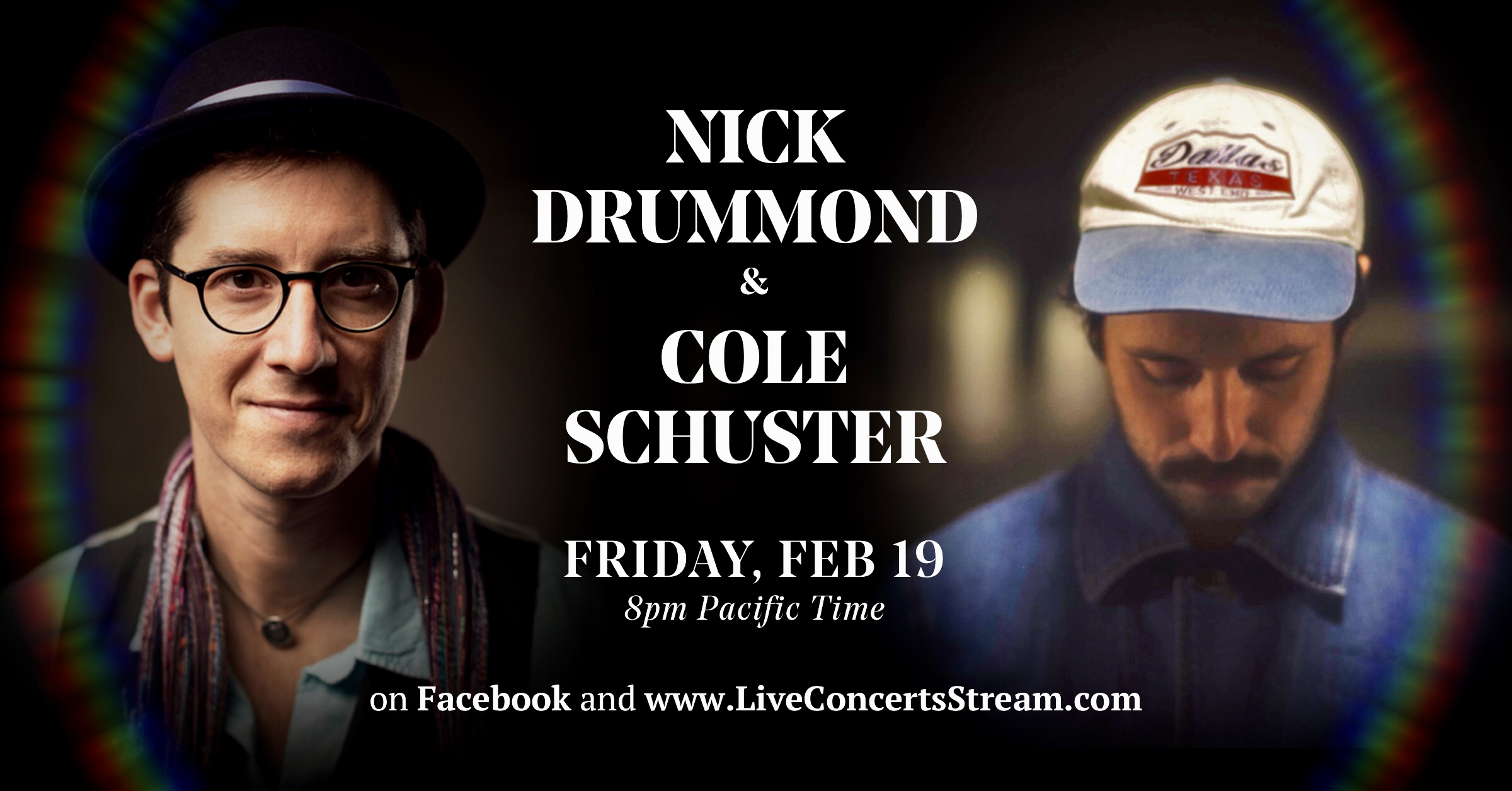 Watch and contribute at LiveConcertsStream.com

Nick Drummond has been a performing songwriter in the Pacific Northwest for over 15 years, selling out multi-night runs at landmark Seattle venues such as Dimitriou’s Jazz Alley and The Triple Door with former bands The Senate and Impossible Bird, as well as shows at Seattle’s Showbox at the Market and Neumos.

Nick’s current project, Nick Drummond Band, released their debut album Eye of the Storm in February 2020 and has been heard on KEXP, KBCS, and on AAA stations across the country. Featuring stellar lineup of some of the regions most respected musicians (Ehssan Karimi on drums, Mark Mattrey on bass, Cole Schuster on guitar, and Joe Doria on keys) their music showcases both the band’s delicacy and noteworthy power, the blend of which has led them to sell out their two-night Under the Stars concert series for three years running.
Hailed as “Brilliant Dionysian music” by A Prairie Home Companion’s Garrison Keillor and “An absolutely stellar combination of upbeat alt-folk that’s mesmerizing and radiates talent” by Seattle Weekly, Nick’s intricately crafted songs keep audiences coming back for more.

A versatile guitar player with virtuosic technique, Cole Schuster has shared the stage with jazz greats including Wycliffe Gordon, the Clayton Brothers, and Jeff Hamilton. Cole studied at Berklee School of Music, and also co-leads the 200 Trio.

LiveConcertsStream.com is a musician-made streaming platform built for artists and fans. Our goal is to make it easy for performers to stream and earn a living, and for fans to watch and support the artists they love.