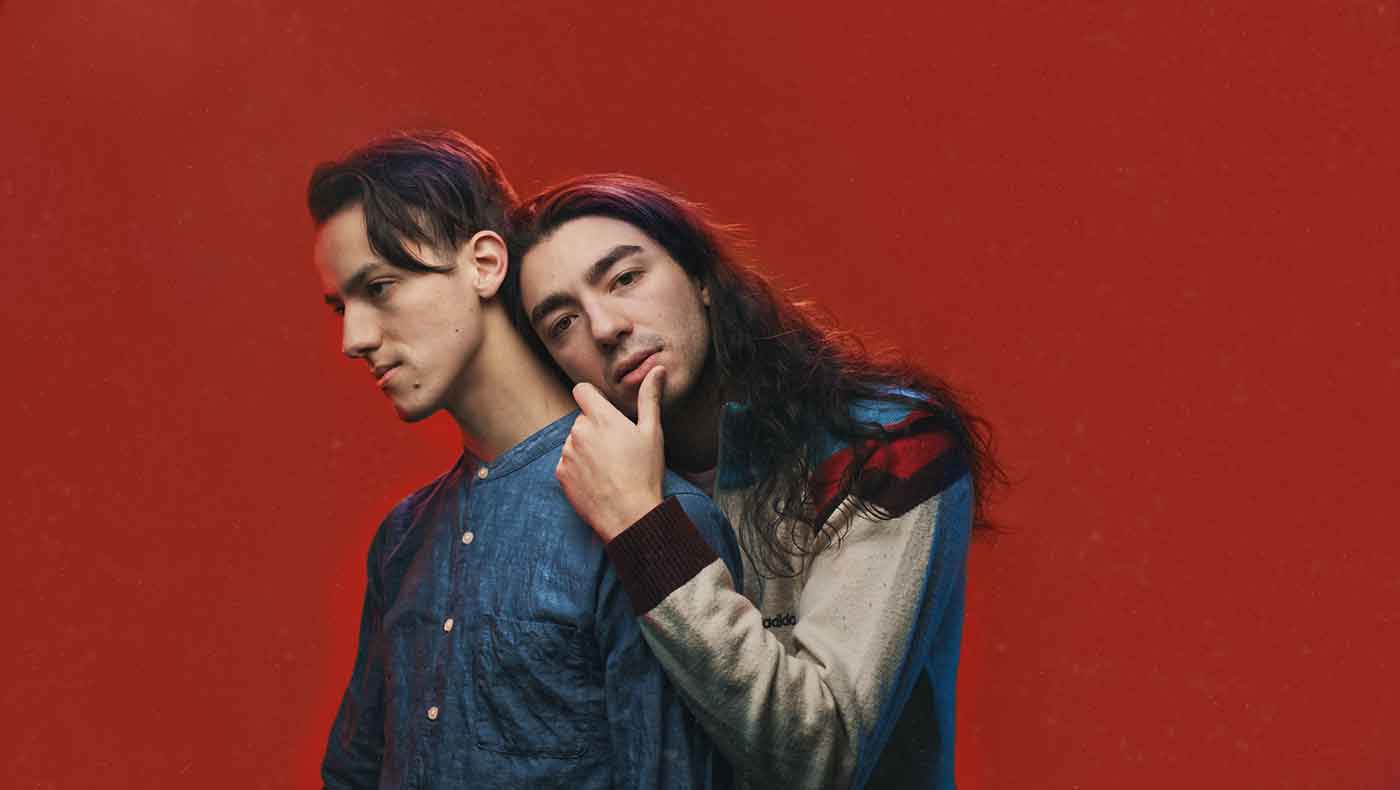 It is only fitting to welcome back dynamic duo the Oshima Brothers, since they were the last act to perform on our actual stage before the COVID pandemic put our live shows on pause. The Oshima Brothers sing contemporary folk and acoustic pop songs with classic sibling harmonies. The me&thee continues to keep music alive with occasional virtual shows that can be viewed on YouTube and Facebook.

Raised in a musical family in rural Maine, the Oshima Brothers have honed their style since they were young and were exposed to a variety of different musical genres. On stage, Sean and Jamie create a surprisingly full sound with dynamic vocals, electric and acoustic guitars, octave bass, loops, and percussion. Sean sings and plays rhythm guitar, harmonica and cajon. Jamie sings, plays guitar, bass, drums, keyboard, mandolin, banjo and fiddle.
The Oshima Brothers’ root-based pop sound is “infectious and fun,” says Chris Wienk, WEXT. Popmatters praises their ‘blues-centric melodies . . . with a contemporary rhythmic strut.’ Their sibling harmonies are magnetic and they play with a surprisingly full sound and a contagious joy that comes from a lifetime of making music together. Their debut album, Oshima Brothers, released in 2016, is a collection of 11 original songs written by Sean and arranged and recorded by Jamie. Their EP Under the Same Stars was released in 2019 and produced videos to accomplish each of the tracks. NPR’s “Heavy Rotation” playlist featured their song “Ellie” as its lead track. Within a month of its release, Under the Same Stars has garnered hundreds of thousands of streams from Spotify, Apple Music, and Amazon.

The pandemic has not slowed down the Oshima Brothers’ creative output. Their new six-song EP, Sunset Red, was released in September 2020. The recording is infused their love of indie folk, acoustic rock, and pop melodies. They were inspired by the beauty of Maine and they say that the songs are “filled with rolling waves, rising moons, and glowing sunsets.” Sunset Red was created in their home studio in Maine and the album artwork was made by Sean Oshima. The Oshima Brothers YouTube channel contains many new videos that feature their latest songs.

A suggested donation for the Oshima Brothers is $20 but what’s more important is your presence. Come and enjoy the music . All are welcome to watch this concert on January 29 at 8:00 p.m.