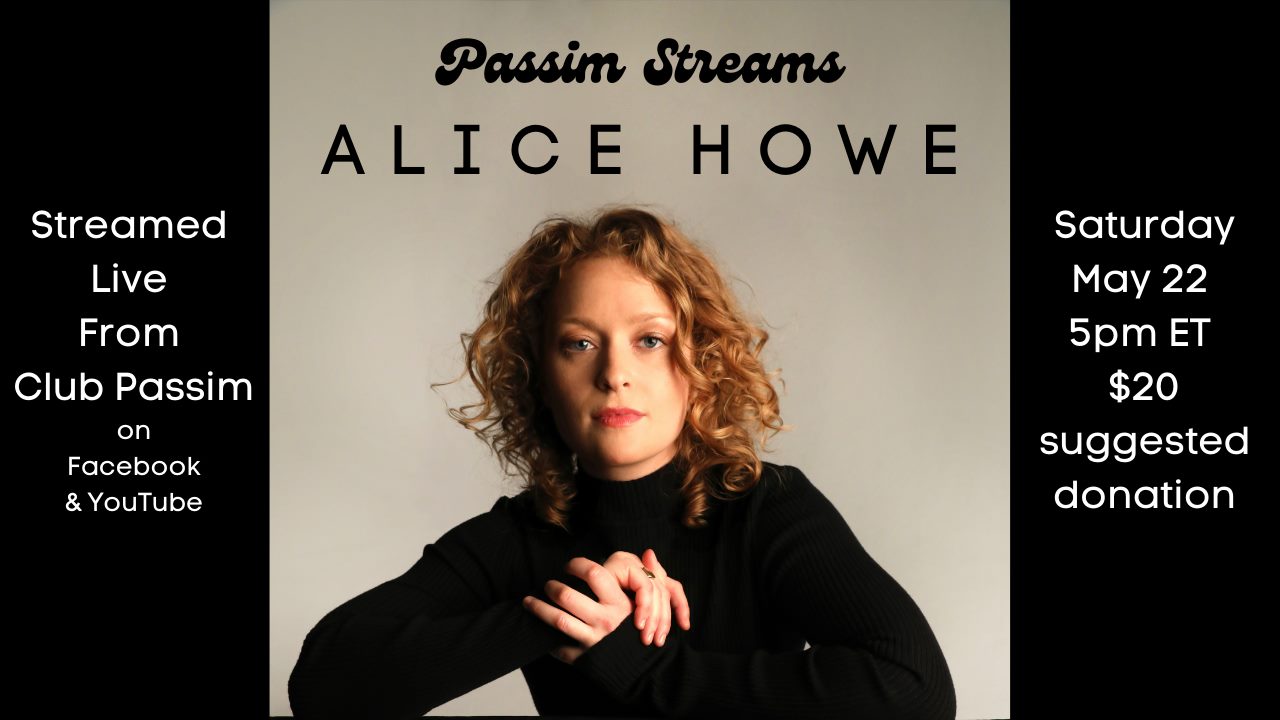 A rising voice in modern folk, Alice Howe offers a love letter to 60s and 70s folk and timeless blues. Hailing from Boston and now based in Los Angeles, Alice released her critically acclaimed full-length debut, Visions, in 2019. Produced by former long-time Bonnie Raitt bassist Freebo with a stellar cast of musicians, Visions features new originals alongside Alice’s interpretations of iconic songs from her family’s vast record collection. She is currently at work on her sophomore record, to be recorded at FAME Studios in Muscle Shoals, AL, with an expected release in early 2022.