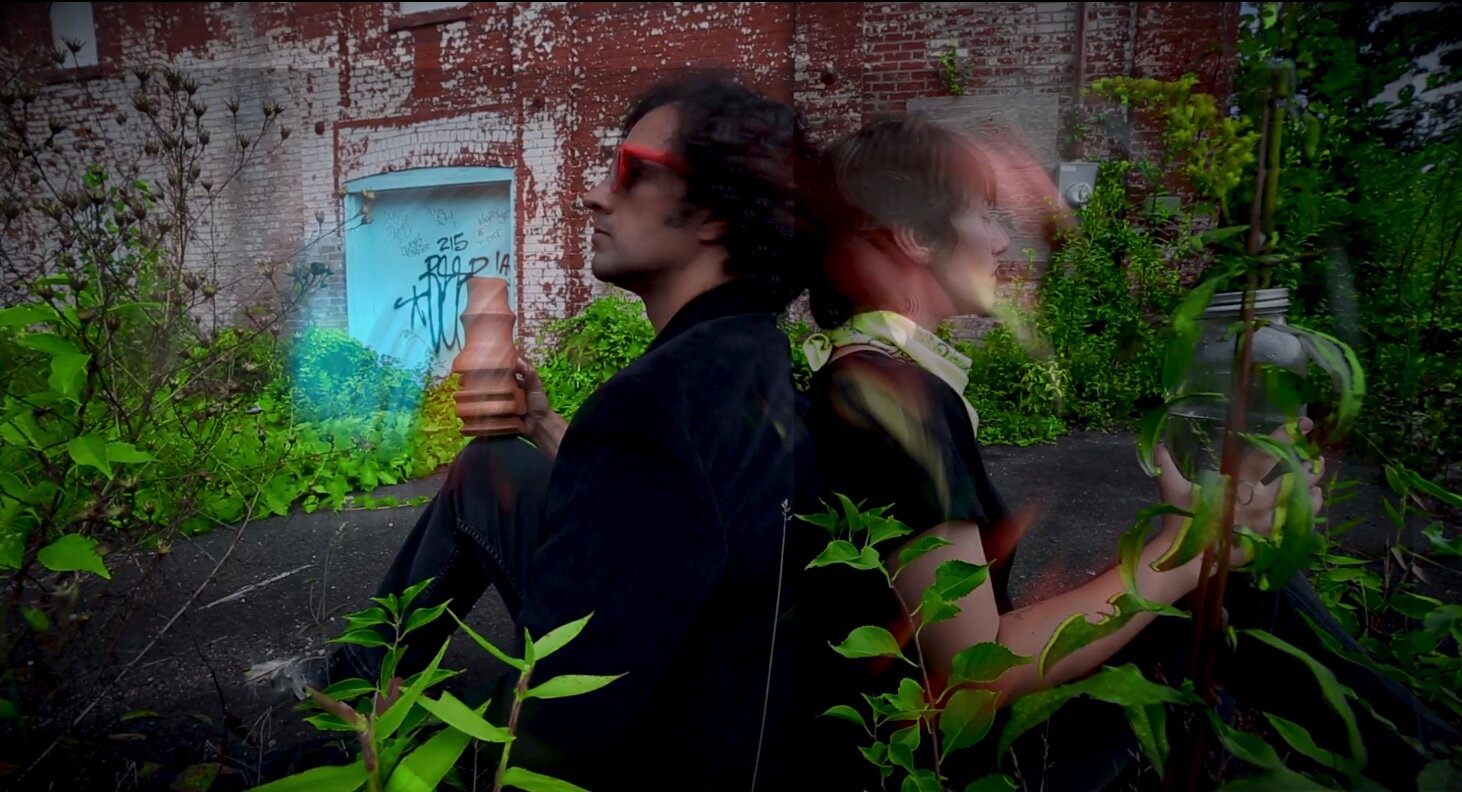 …when they were separately on the bill at Luthier’s Coop in Easthampton, MA. They had a magnetic response to each other’s music and vibe and were soon working together on Corey’s 2018 release Seafoam. Plans, recordings, and momentum were building towards what looked like a breakout year but 2020 had other plans. Once it became clear* the world will continue to spin, they returned to the work they began in 2019 and decided to name their collaboration Cloudbelly, after a bird-friend they had known.
Magnets. They can generate power. They last nearly forever. They can help you find your way. They can make things stick or slide. Magnetism is what allows life to exist on this planet. And magnetism is the best way to describe the intuitive way Cloudbelly creates. Things just line up. You can trust magnets. They won’t let you down.
The world may already be strange, but it is surely getting stranger. Cloudbelly hopes, as all who create must hope, to chart a course through the strangeness they can walk with eyes and hearts open.
Though Cloudbelly operates as a duo, they are just as much a product of a beautiful web of collaborators and friends who grace their recordings, offer support and inspiration. Living and creating often go hand in hand in Western MA, a region as bursting with creative genius as it is overflowing with kindness.