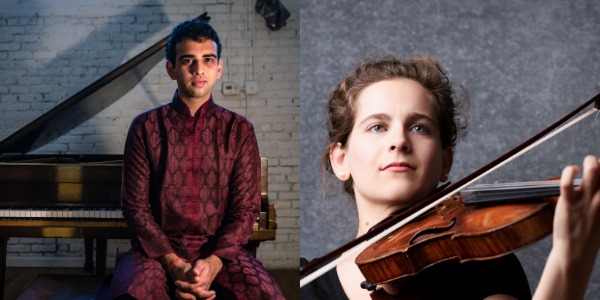 Young Steinway Artist, UTSAV LAL (born August 18, 1992) is an Indian pianist, improviser, educator and composer. Utsav Lal is recognized as a musician extraordinaire who has set a precedent in the world of music with his rendition of Ragas on the Piano. An impressive sixteen year music career behind him, Utsav is often known as the ‘Raga Pianist’ for his innovative handling of the Indian Classical music genre. He has gained international recognition for his groundbreaking work with performances across the world in countries including Italy, United Kingdom, Ireland, Germany, Hong Kong, Sweden, Kuwait, The Netherlands, USA, Canada, Singapore and India.
Treading the line between an ancient musical tradition and an innate desire for innovation with utmost respect , Lal’s music is acclaimed for its powerful intensity that sweeps the audience into a transcendental journey. Earlier this month, he released his album “Visangati” featuring Nitin Mitta.