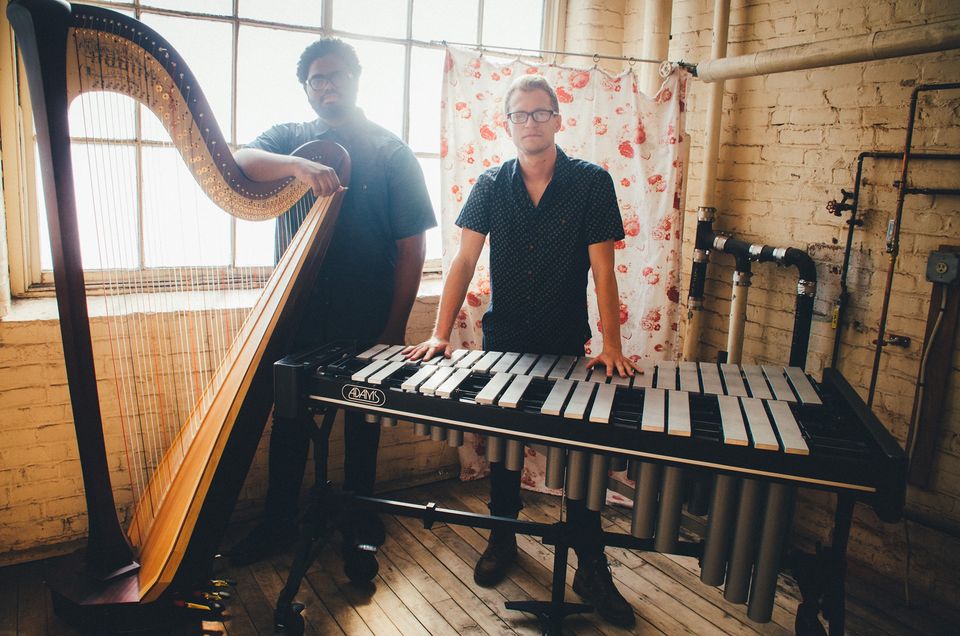 Julian Loida & Charles Overton are a Boston-based vibraphone and harp duo that features their original music and influences that span jazz, global roots, New Age, R&B, and classical music. Charles and Julian first met in the New England Conservatory Big Band, but the two really only began to discover their sound as a duo after being asked to come together to develop a set for the Charles River Museum’s Boiler House Jazz series. In their explorations together they have slowly uncovered quite the unique sound world in which the two instruments are able to blend and harmonize with each other in their shared resonances, while simultaneously complementing one another with the qualities that are unique to each instrument such as range, articulation, and timbre. As bandleaders and composers, each has released albums of original music with Charles’ album Convergence and Julian’s Wallflower. Together their refined taste and virtuosic technique allows for Julian & Charles to take their listeners on musical journeys leaving them transfixed.