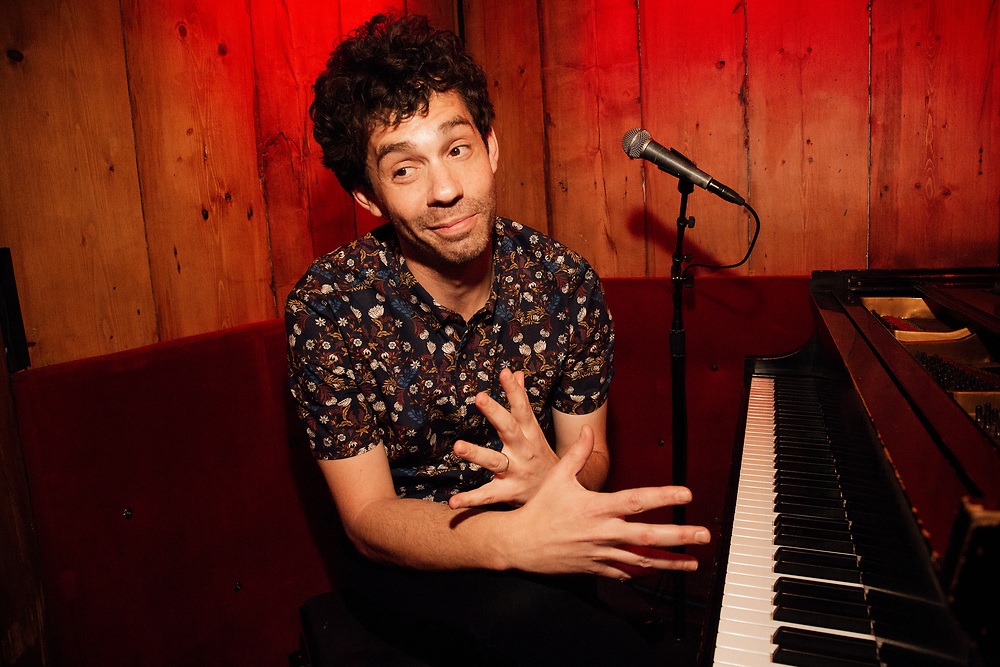 Julian Velard’s musical stylings and comedic timing have made him a fixture in both the comedy and music scenes in his native America and have created cult followings overseas in the UK and The Netherlands. His music initially took hold a decade ago, where praise from The Guardian , Time Out London, and The Sunday Times led to a major label record deal.
He’s toured internationally as an opening act for artists such as Jamie Cullum, Paul Carrack, and Goldfrapp, and he has shared the stage with a host of comedians including Will Ferrell, Reggie Watts, and Paul Scheer. His ability to transition seamlessly between both worlds has led to regular appearances on The Howards Stern Show and NPR’s Ask Me Another. In 2017, he was an artist in residence at the prestigious Joe’s Pub at The Public Theater in New York City.
Velard has written music and lyrics for Pop acts, commercials and the Internet, including songs for UK sensation Olly Murs, Wix.com, New York Knicks, Buzzfeed, Audible and The New Republic. His work has been featured Mashable, The AV Club, Nerdist, The Wall Street Journal. His new MUSICAL!* entitled, Please Don’t Make Me Play Piano Man, debuts in 2020 as an album, podcast and live show.