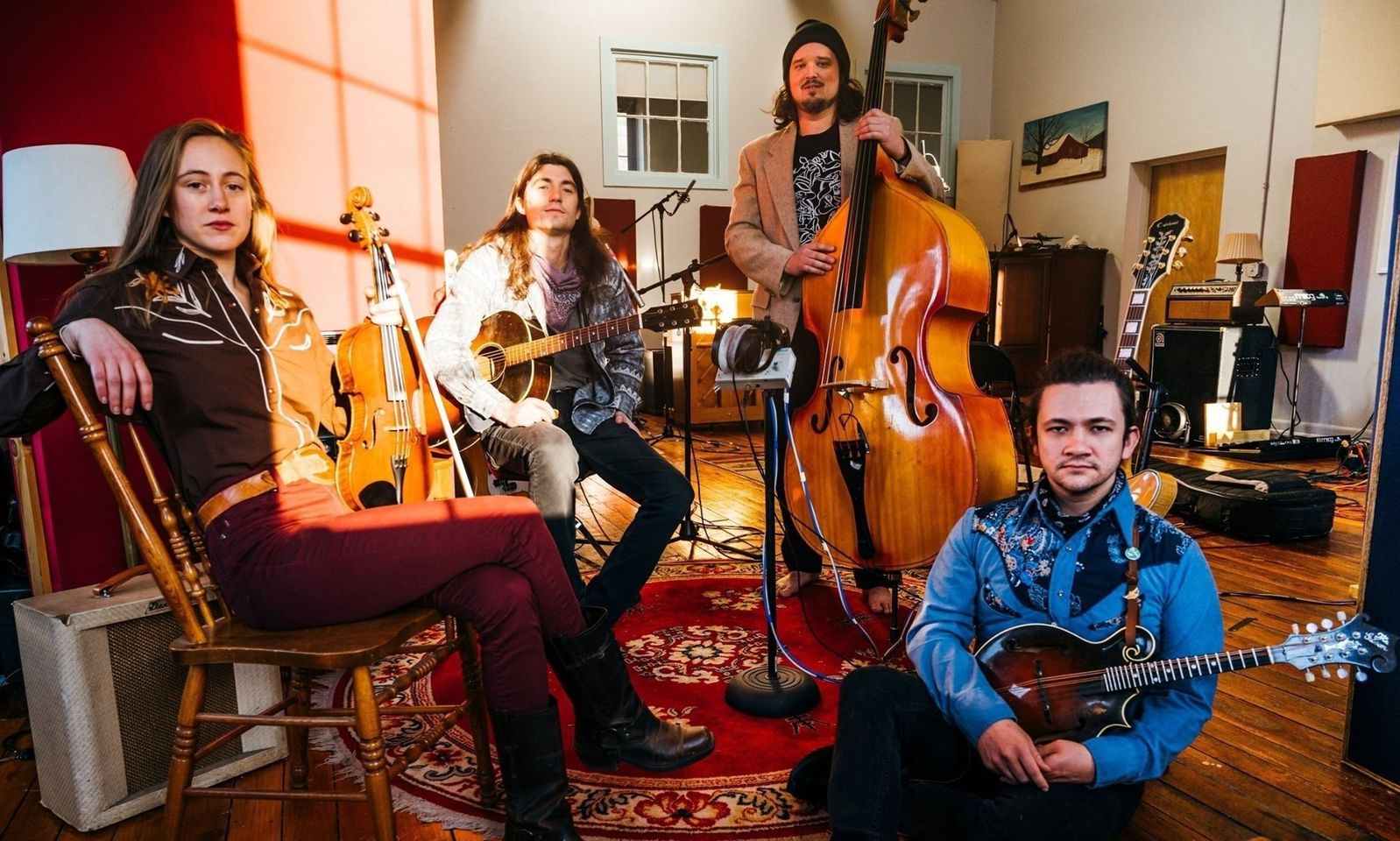 Massachusetts based newgrass band Mamma’s Marmalade transforms the typical bluegrass experience. Since their formation in 2014, the string band has been fusing diverse musical backgrounds into a sound that bursts at the seams with energy, exuding a pure joy for creating music.
Offering a fresh narrative to traditional acoustic music, Mamma’s Marmalade’s original songs provide a window to the future of bluegrass. Members Lily Sexton (fiddle), Mitch Bordage (mandolin) and Sean Davis (guitar) stray from the conventional formula with daring tenacity and adventurous craft.
Mamma’s has appeared on stages at Green River Festival, FreshGrass Festival, Ossipee Valley Music Festival, Thomas Point Bluegrass Festival, Club Passim, and The Parlor Room. The band has supported The Lil’ Smokies, Jayme Stone, Twisted Pine, Bella’s Bartok, and Dustbowl Revival. In June of 2017, they released their debut album “Goodbye, Black Velvet”, which The Valley Advocate called “…a burst of sunshine that makes dark clouds dissipate”. Their second release, Rockabee Fields, is now streaming on all platforms.