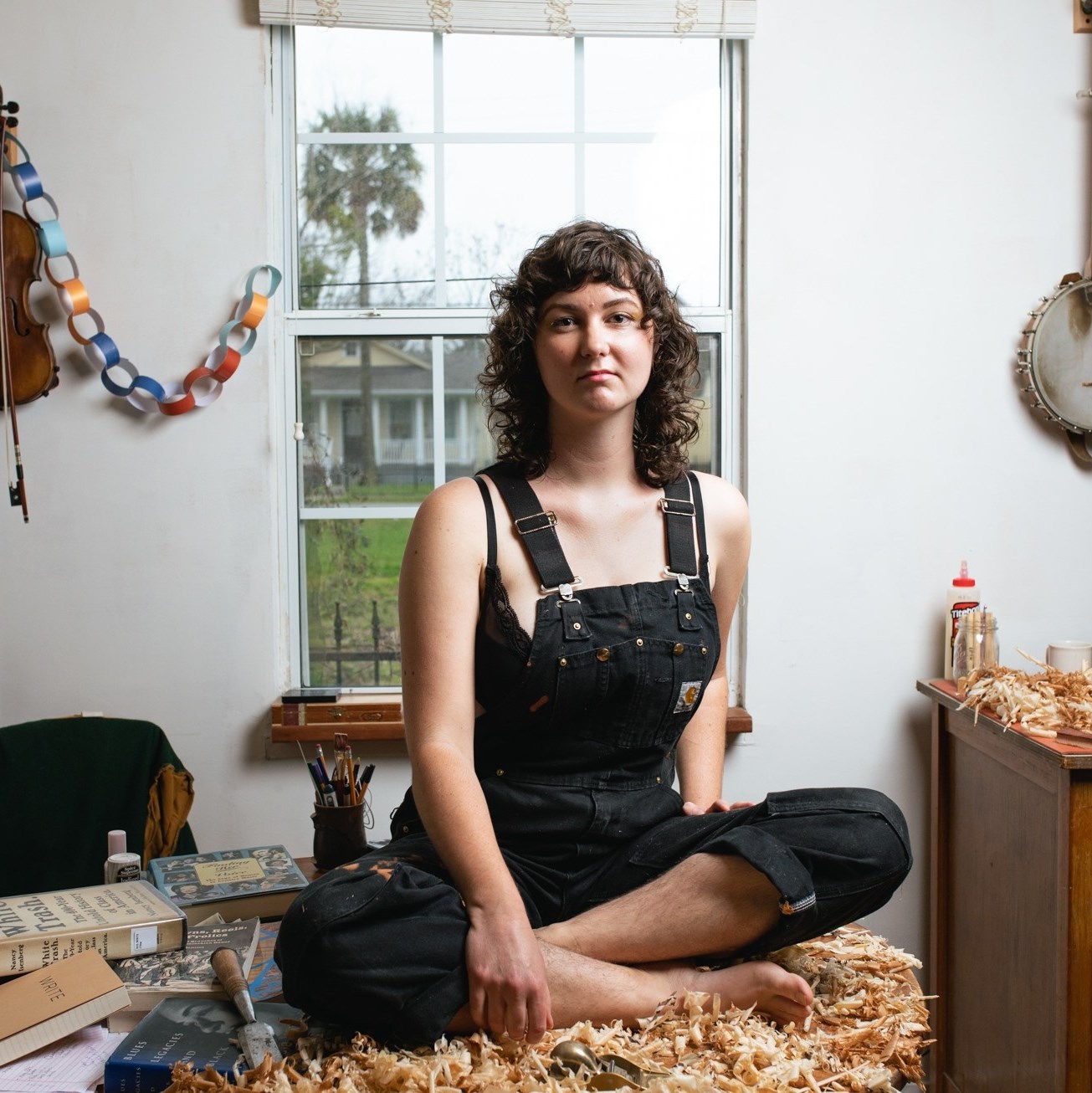 Sometimes the pursuit of our greater humanity involves jumping into life head first. That’s what McKain Lakey does. You can tell by her songs.
Armed with George the trusty road cat, a carful of instruments, and all the fight of a rambling, rural-raised, queer femme wanderer, McKain Lakey is one to be reckoned with. She’s the rare human who feels as comfortable wielding a chisel as she does a guitar, who can be as often spotted behind the soundboard in a crowded venue as discussing the intersections of race and gender in old time music with a classroom full of 5th graders.
Described by What’s Up Magazine as “a time capsule unearthed, fine-tuned and re-imagined”, Lakey draws creative inspiration from far corners of the American music tradition, tracing the lines of musical lineage that connect Old Time to Rockabilly, Country to Cajun to Dixieland. She’s a dedicated student of tradition, but at once unafraid to stare down convention through the modern lens of her lived experience. Her upcoming album, Somewhere, blurs lines of old and new, referencing musical textures of past eras while unabashedly exploring topics of mental health, family separation, rural identity and queer love.
“My introduction to American folk music was so rooted in the knowledge that I am a part of living tradition, a web connected across time and distance, and built by generations of creative and resilient people.” – McKain Lakey