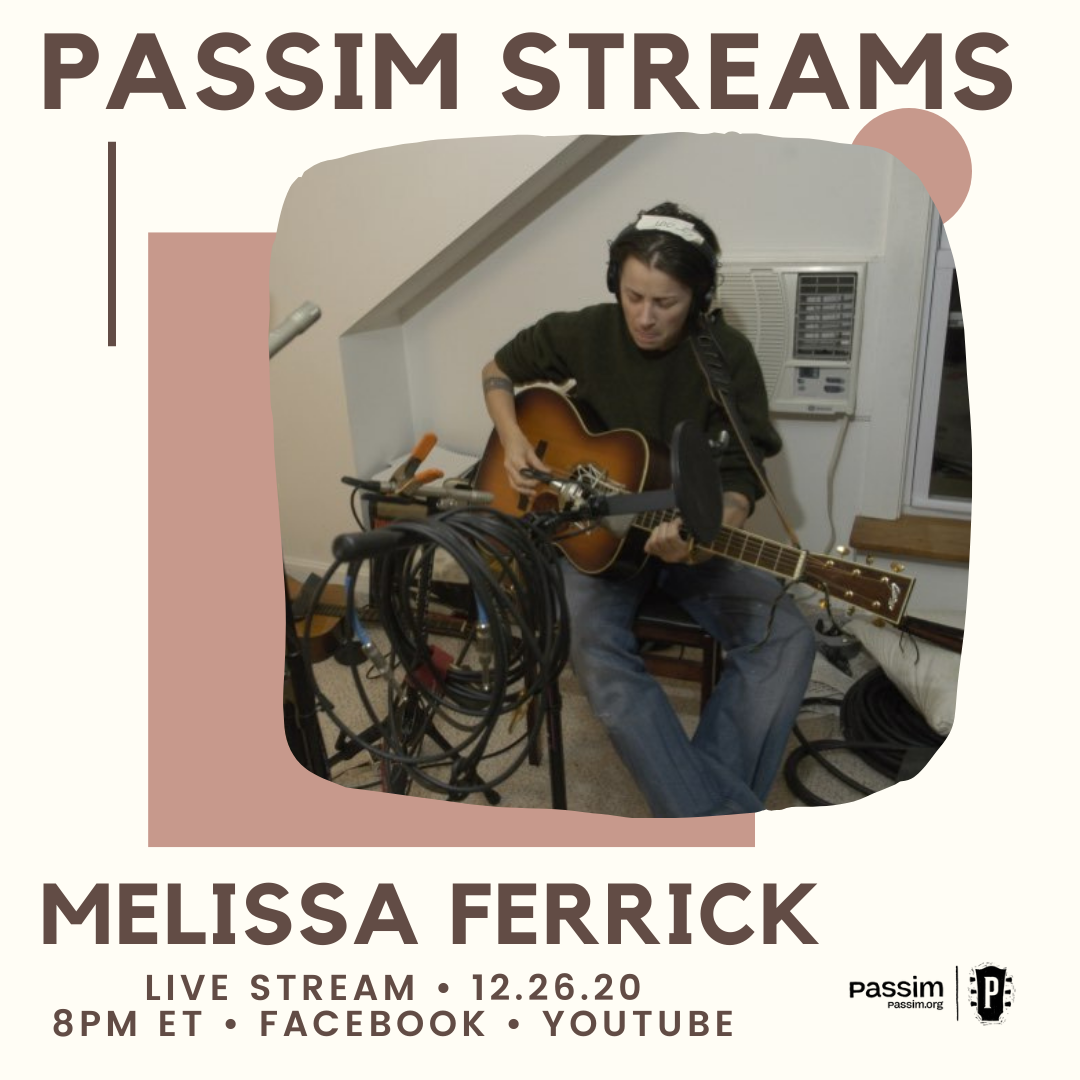 Melissa Ferrick Livestream presented by Club Passim
Stream at:
https://www.facebook.com/clubpassim/live/
OR
https://www.youtube.com/clubpassim/
Donate: http://passim.org/stream
Suggested donation: $35
Saturday, December 26, 2020
Stream begins: 8pm ET
More on Passim Stream Shows: http://passim.org/stream
——————
Ms. Ferrick is a Professor of the Practice at Northeastern University in the Music Industry Department at the College of Arts Media and Design. She’s released seventeen albums over the last twenty-five years and has won numerous awards for songwriting, production, and performance. From 2013 – 2019, Melissa was an Associate Professor of Songwriting at Berklee College of Music. Ms. Ferrick holds an Ed.M from Harvard University.
Melissa is the named plaintiff of the class action lawsuit, Ferrick v. Spotify for willful infringement of copyright. Her publishing catalog is administered worldwide by the Raleigh Music Group.

Signed to Atlantic Records in 1992 at the age of 21, after opening up for Morrissey in the US and UK, she released her debut and sophomore albums on Atlantic before moving on to Independent label W.A.R. Records between 1996-1999. In 2000 Ms. Ferrick launched the nationally distributed independent record label Right On Records.
Regarded in the industry and by her peers as one of the most prolific and hardworking artists in the business, Ferrick still tours regularly playing throughout North America. She has shared the stage with Morrissey, Joan Armatrading, Weezer, Tegan and Sara, Mark Cohen, Paul Westerberg, Bob Dylan, John Hiatt, Ani DiFranco, k.d.Lang, Suzanne Vega, Shawn Colvin, and many others.