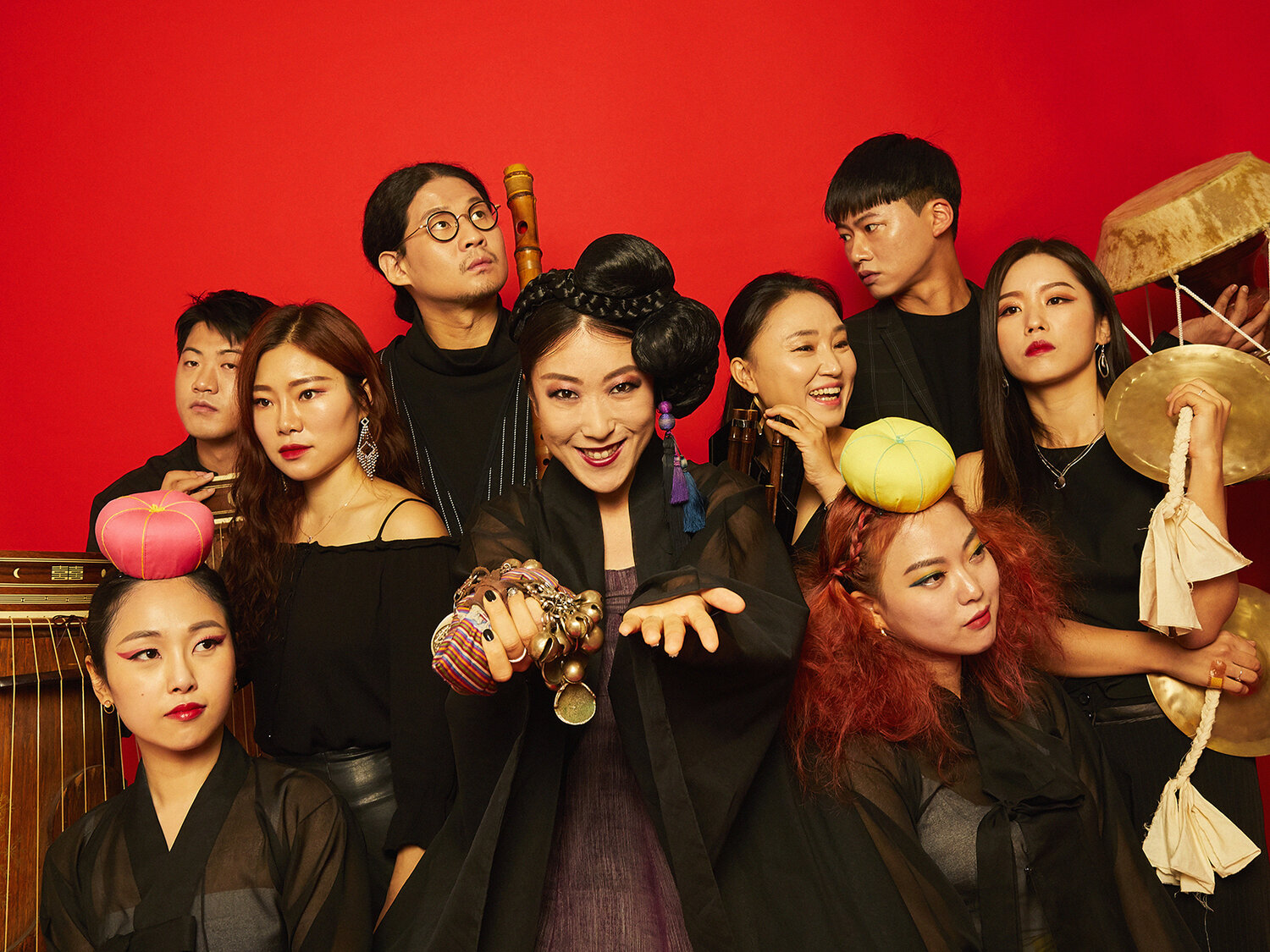 “The nine-member ensemble presents itself not as earnest traditionalists, but as a giddy show band with all the trappings of K-pop — choreographed singers, candy-colored costumes and bouncy, upbeat, often swinging songs that link the concision of folk tunes to the catchy repetition of pop, with brash cymbals for drive and flute and zither lines for instrumental hooks.” (The New York Times)