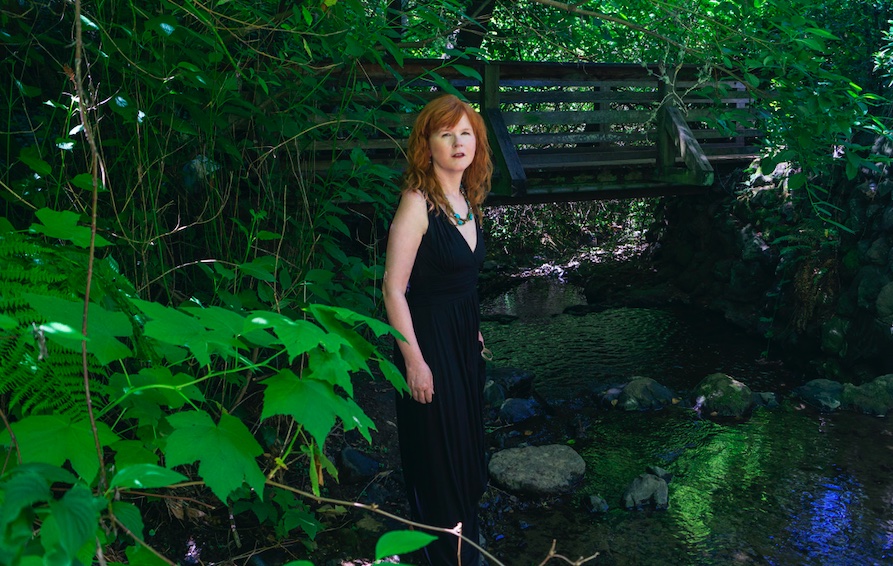 On Friday, July 16, 2021 at 8pm PT, Sarah Cahill, described as “a sterling pianist and an intrepid illuminator of the classical avant-garde” by The New York Times, returns to Old First Concerts to perform selections from her project, The Future is Female. This is a hybrid concert – seating is limited to 100 people at Old First Church (1751 Sacramento Street), and general admission is $25. The concert will also be available to watch online as a livestream with a suggested donation of $20.

The Future is Female is a curation and performance project featuring more than sixty compositions by women around the globe, ranging from the 18th century to the present day. For this performance, Cahill presents an evening-length version of the project including many rarely-heard works by Baroque composer Anna Bon, Leokadiya Kashperova (best known as Stravinsky’s piano teacher), Ajerbaijani composer Frangiz Ali-Zadeh, American composer and civil rights activist Zenobia Powell Perry, with selections from Madeleine Dring’s Colour Suite and Hannah Kendall’s On the Chequer’d Field Array’d, a musical depiction of a chess game.

Perhaps most notably, Cahill will perform the Piano Sonata by Hungarian composer-pianist Ági Jámbor, who survived a harrowing escape from Nazi-occupied Europe and dedicated this work to the victims of Auschwitz. In preparation for this performance, Cahill has been working closely with Jámbor’s publication editor.

Cahill explains, “The score for Ági Jámbor’s Sonata says that it was a gift to John DesMarteau, MD, and he helped with the Sonata’s publication. I figured he would have insights into the Sonata – the score doesn’t even have a date when it was written. I saw that he was on LinkedIn and messaged him, and we set up a Zoom meeting. He lives in Washington DC. He told me the Sonata was written in 1949 – that was also the year her husband died, weakened by their ordeal and escape – and when he knew Jámbor she was already suffering from dementia, but pointed out passages in the music that represented tanks invading Hungary and citizens fleeing from them, and that the second movement is an elegy for victims of the Holocaust. I went through the whole piece with him, asking him about various spots, and he compared the published score with his Finale version (he has the manuscript somewhere, but needs to locate it). We spent an hour and a half together, and it means so much to work with him when he worked on this Sonata with Ági Jámbor!”

With this physical manifestation of her lifetime dedication to supporting the artistic work of women, in The Future is Female Cahill illuminates works by women composers worldwide – Chinese, Azerbaijani, Afro-Cuban, African American, Czech, Lithuanian, Polish, and Venezuelan, among others – some who are alive and prolific and others who have passed but live on through their music. The San Diego Tribune describes Cahill as “a vessel through which musical ideas can pass, a communicator whose technique is put at the service of empathy and understanding.” Other recent and upcoming performances of The Future is Female include North Dakota Museum of Art, Detroit Institute of Arts, Bowling Green New Music Festival, Carlsbad Music Festival, Carolina Performing Arts, the University of Iowa, and the Barbican Centre.