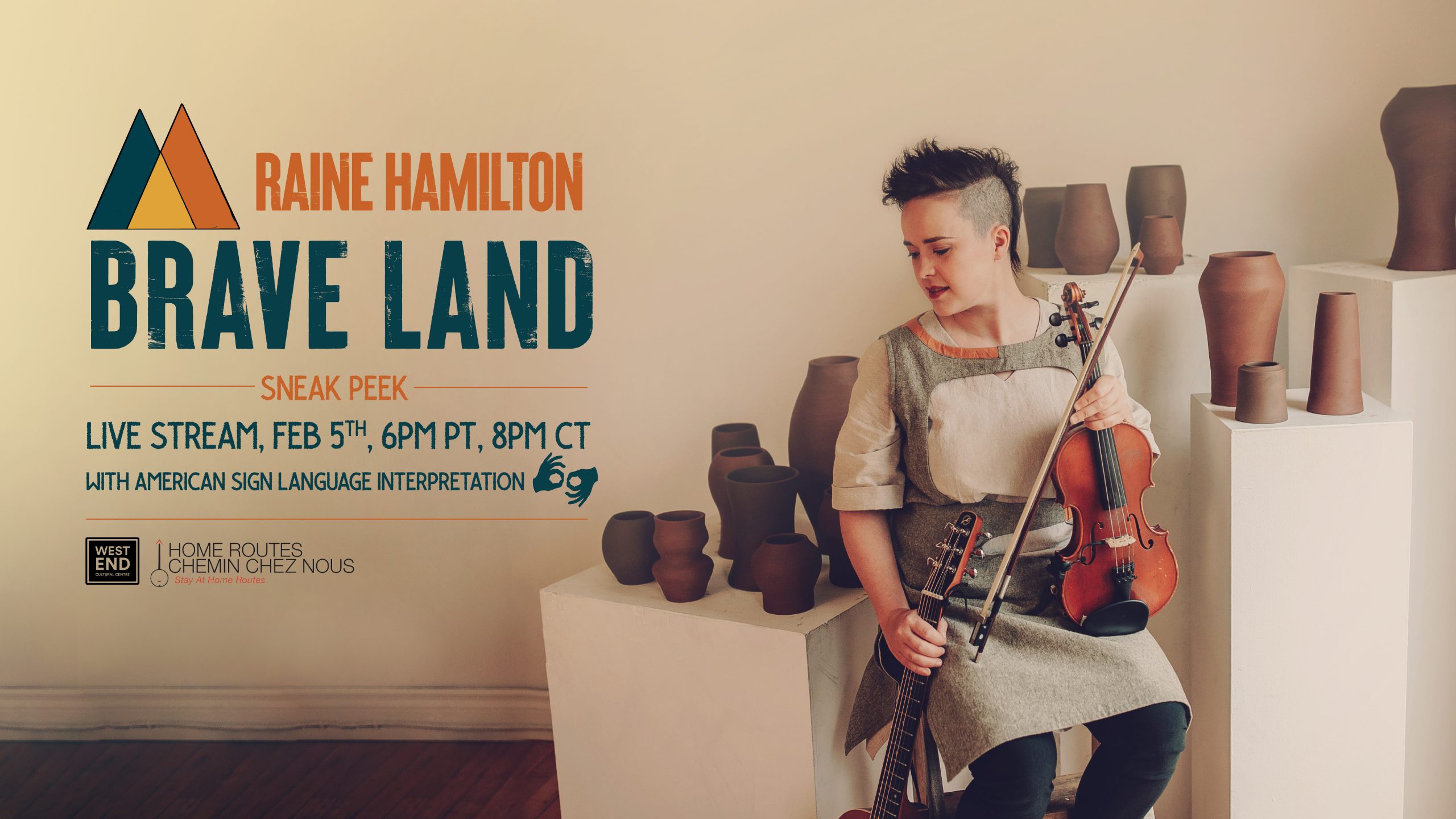 Live from Winnipeg MB, Canada – Join Singer-songwriter and chamber folk artist Raine Hamilton as she shares a sneak peek of her upcoming full-length album, Brave Land, online on February 5, 2021. Broadcasting live from the West End Cultural Centre in Winnipeg, Raine will perform songs from the entire new album, along with some favorites from her past releases. Covid numbers willing, Raine will be joined by her trio mates Nat (cello) and Quintin (double bass), in this livestream and the entire concert will have American Sign Language Interpretation. The new album will be released slowly over the course of a year, offering a single per month beginning in January, 2021 (first single out now!). Raine invites you to tune in to hear and see these other-worldly, earthy tunes performed live before they are officially released into the world. Tickets are $20. Presented by the West End Cultural Centre and Home Routes/Chemin Chez Nous.