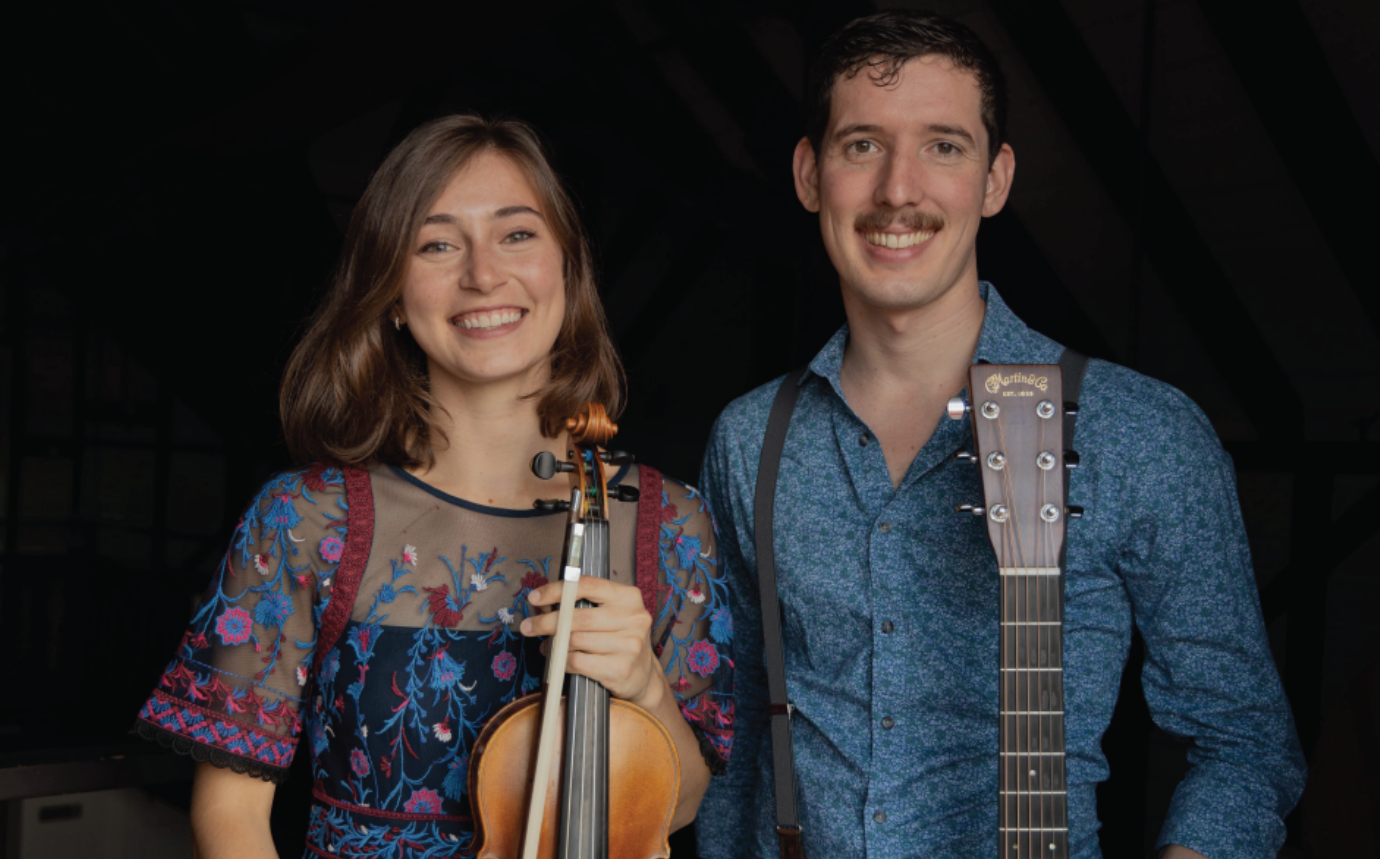 Violinist Maura Shawn Scanlin and guitarist Conor Hearn unite to form “Rakish.” The pair gets their namesake from the traditional Irish tune Rakish Paddy, an origin that aptly suits the duo and their shared background in traditional Irish and Scottish music. Yet “rakish” itself also suggests something strikingly unconventional in its appearance, and Maura and Conor knowingly embrace this wealth of connotation in their music, drawing on the music they grew up with and performing it with their own slant.

In a performance that is something more akin to concert music, Rakish explores tunes and songs from Irish and American folk traditions in a way that reflects their shared interest in and love for chamber and improvised music. Maura Shawn, a two-time U.S. National Scottish Fiddle Champion and a winner of the Glenfiddich Fiddle Competition, wields the technical range of an accomplished classical violinist and the deep sensitivity of a traditional musician. Conor, a native to the Irish music communities of Washington, D.C. and Baltimore, MD, makes his home in Boston playing guitar for a number of traditional music acts and bands.