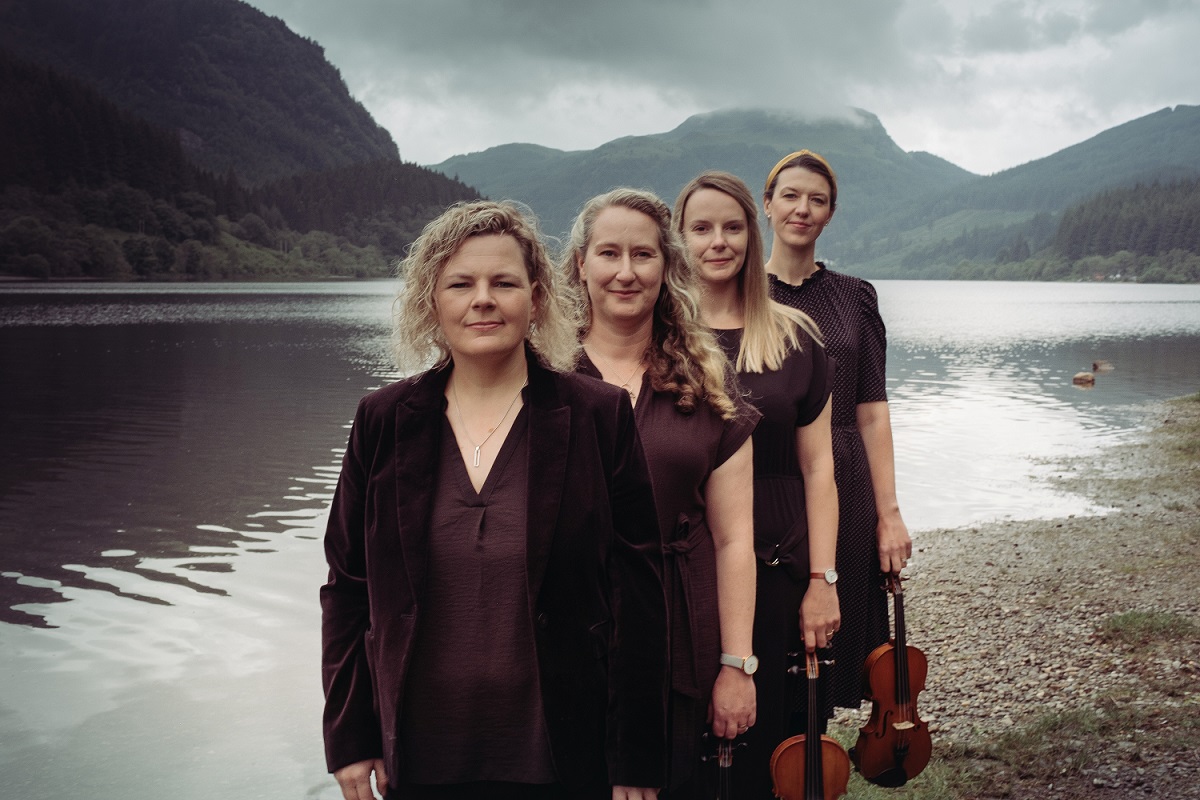 A decade on from their first performance – and with 3 acclaimed albums under their belt – RANT remain at the forefront of the Scottish fiddle scene. Bringing together four of the country’s finest players, the quartet use just their fiddles to weave a tapestry of melodies, textures, layers and sounds.

Bethany Reid from Shetland, Anna Massie and Lauren MacColl from the Highland peninsula of the Black Isle, and latest member Gillian Frame from Arran join forces to showcase the combined resonance of their instruments with repertoire unearthed from both old collections and their own contemporary writing. RANT create a sound which is both spacious and lush, yet retaining all the earthy bite and spark synonymous with a Scottish fiddle player.

Their latest album – ‘The Portage’ – was recorded over 4 days in the renowned Mackintosh Queen’s Cross, the only church in the world to be designed by architect, artist and designer Charles Rennie Mackintosh. The recording – a stark and honest reflection of their live sound – was awarded ‘Top of the World’ status from Songlines Magazine.

Since the release of their debut album ‘RANT’ in 2013 which won them critical acclaim in the form of a Herald Angel Award for outstanding performance across all the Edinburgh Festivals , the band have made major festival and concert appearances across the UK, Ireland and Scandinavia. They provided strings for Julie Fowlis’ Gach Sguel album, and their music has been used for both BBC and ITV national television programmes.

Their live set reflects their years of honing their sound together and their love for the music of their respective home regions through their writing, repertoire and stories.

“‘Chamber-folk of the highest order” – The Scotsman

“It is honest, deep instrumental music at its finest.” – Folk Radio UK

“This is powerful and evocative music that is invigorating, bewitching and beautiful.” – Folk Radio UK