Rockers On Broadway Band Together 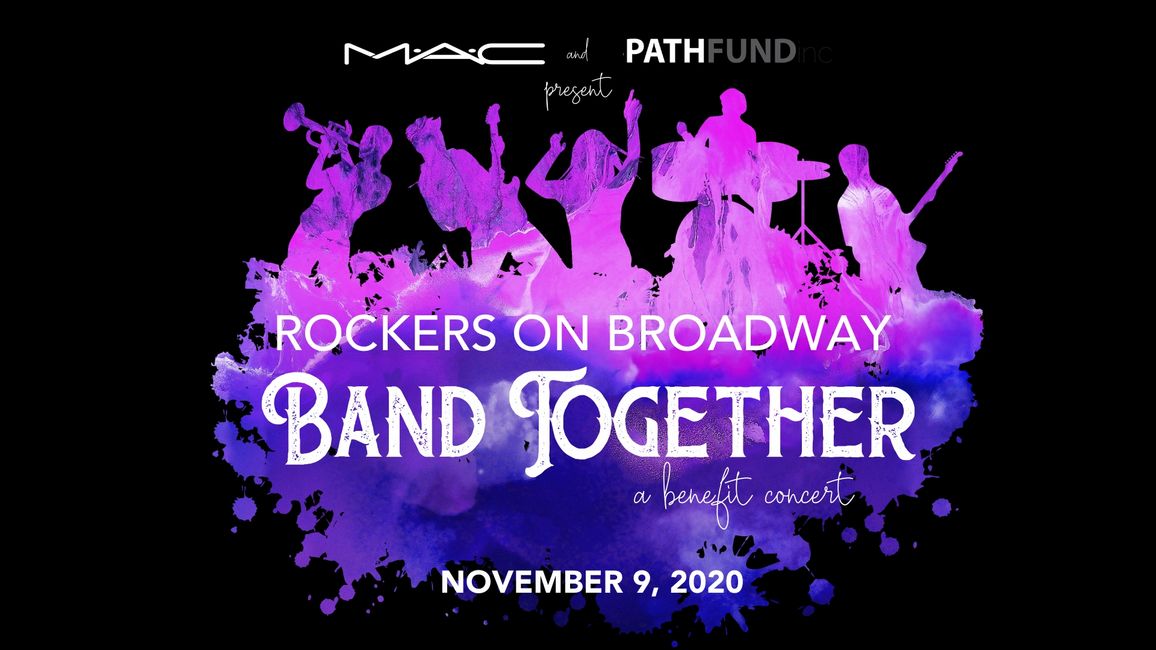 The Path Fund Inc.® and MAC are pleased to announce the list of performers that will appear at the 27th Annual ROCKERS ON BROADWAY®
ROCKERS ON BROADWAY: BAND TOGETHER will be streamed for one night only on Monday November 9th, 2020 on Broadway On Demand. Julie Halston will be LIVE! From The Red Carpet beginning at 7:00pm with Ben Cameron hosting the Star Studded Concert beginning at 7:30pm. Tickets range from $20- $150 and are on sale now at rockersonbroadway.com and at broadwayondemand.com.

This special virtual presentation of ROCKERS ON BROADWAY® will honor EMMY, GRAMMY®, and TONY® Award-winner – BILLY PORTER (Pose, Kinky Boots).
“I am so thrilled to be this years Lifetime Achievement honoree at the Rockers on Broadway benefit concert. What a wonderful opportunity to give back to the arts community. Everyone should tune in to the streamed show on Nov 9th, support the live arts and also watch a great show”, says Porter.

The PATH Fund has also launched an online auction on Charitybuzz which runs until November 12. Among the items being offered are Cyndi Lauper’s Girls Just Wanna Have Fun Autographed Guitar, Virtual Meet & Greet with May Pang, former assistant and girlfriend of John Lennon and Live, Work, Pose with memorabilia signed by Rockers Honoree Billy Porter. Other artists and shows that have donated items for the auction include Diane Warren, Dana Wheeler Nicholson, Dave Clemons, Cid Roberts Photography and the Rock N Roll Hall of Fame among others. The auction will benefit the PATH Fund’s Community Relief Grant Program to help artists affected by the shutdown of live events until June 1 of 2021.

ROCKERS ON BROADWAY® is the original Broadway rock concert series that is a fun, unique charity event that features Rock Musicians and Broadway’s best “rockin’ out” for a great cause. The creative team includes director Donnie Kehr; music supervision by Henry Aronson; video production by Jessica Carollo and is produced by Michael T. Clarkston. Cori Gardner and Y. Dolly Fox are executive producers.

Proceeds benefit Broadway Bound Kids, The Felix Organization and Broadway Cares / Equity Fights AIDS. Proceeds will also benefit PATH Fund’s Community Relief Grant Program which launched on August 1, 2020 to help artists with much needed financial assistance during the continued shutdown of live entertainment. To date, the grant program has issued 33 grants to artists with hundreds more on the waitlist.

The PATH Fund, Inc. ® is 501c3 a non-profit organization dedicated to supporting arts education and the entertainment community. PATH = Performing Artists That Help — We are a community of artists, writers, musicians, designers, crew, producers, directors and fans coming together as one, promoting a good cause, sharing in a common goal. We support pre-professional training organizations with scholarships and program funding. Additionally, we work with aspiring writers to develop new works of music and theater. In times of great need we have allied ourselves and supported notable causes including Disaster Relief, Racial Injustice and Community Need. For more information go to rockersonbroadway.com.