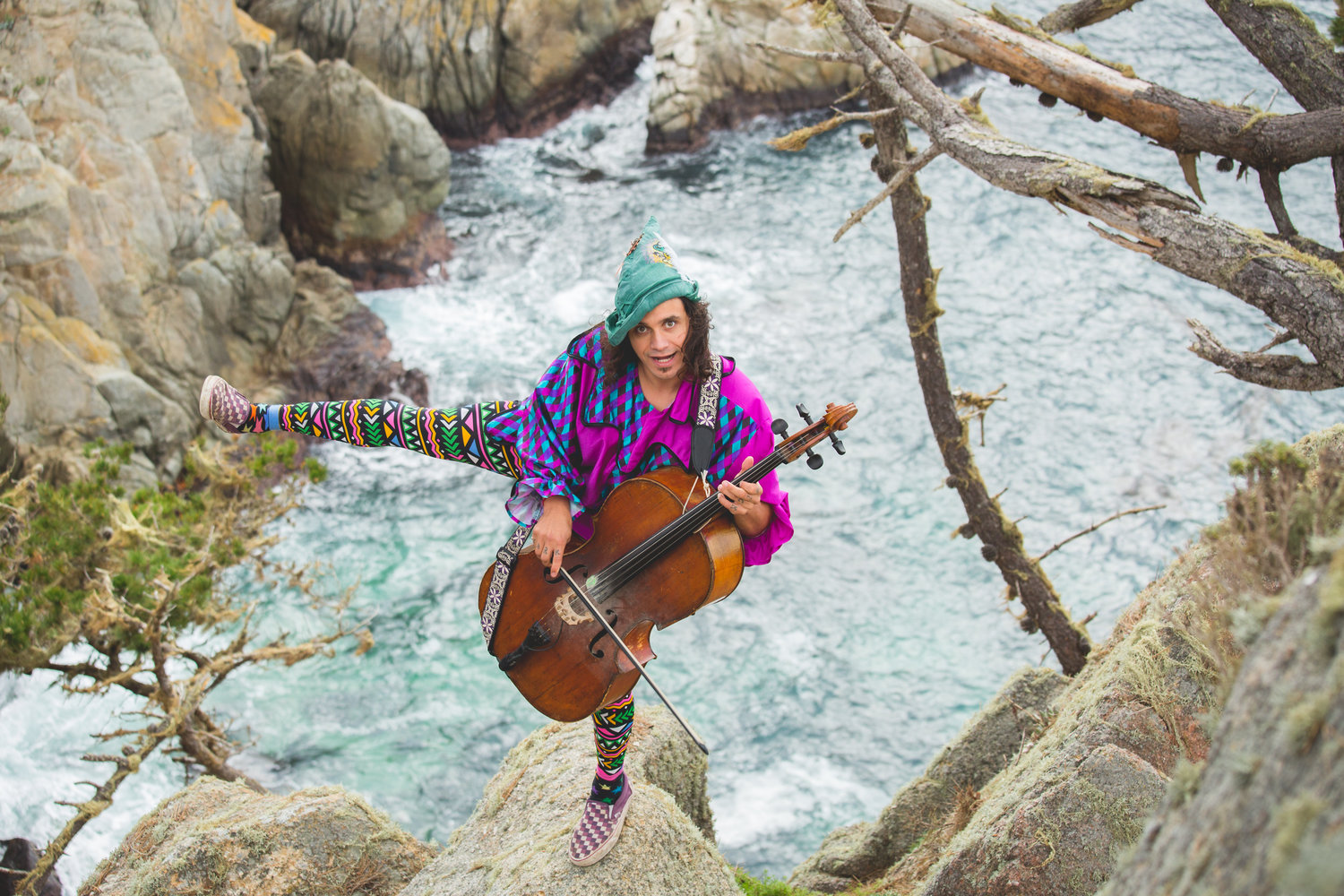 Rushad Eggleston (“Rushadicus”) is a revolutionary cellist, composer, poet-philosopher, and entertainer whose unforgettable performances captivate and inspire all generations and types. With an intimate knowledge of classical music, jazz, and bluegrass under his fingers, coupled with an infamously infectious sense of rhythm, Rushad is a whole futuristic wonder-band expressed through just one person.

Using his cello (and occasionally a guitar) as the steering wheel, Rushadicus will take you on a rocket-fueled melodic journey through space and time, and from the ridiculous to the sublime. Hopping nimbly around the stage with his cello strapped to his body while passionately singing songs that range from stuck-in-your-head-for-weeks to elaborate yet compelling miniature operas in his own language of Sneth, Eggleston is an incomparable soulful jester of modern times. A fearless improviser, Eggleston spontaneously navigates through his seemingly endless repertoire of instrumentals and vocals, only pausing briefly to set the stage for a battle between him and Bach, or rattling off with incredible speed a 3 page poem of self-fashioned words*.

If this sounds a bit far-fetched or incoherent, make no mistake: Rushad Eggleston is a world-class entertainer, with credentials. He won a full scholarship to Berklee College of Music in Boston and was nominated for a Grammy award while still studying there, a feat which no other member of its laundry list of legendary alumni have pulled off. Eggleston singlehandedly invented bluegrass cello and spawned a huge revival of cello in roots music. Now it seems every other band you see has some transformed cellist jamming along. In addition to acting in television commercials for the likes of Mazda, appearing on movie soundtracks and hundreds of studio recordings, Rushad was also a founding member of the popular alt-bluegrass outfit Crooked Still, legendary stringband Fiddlers 4, and explosive rock trio Tornado Rider. He has performed at renowned venues (including Carnegie Hall) in 45 states and 13 countries, and taught hundreds of youngsters worldwide how to let loose their musical imaginations and rock on the cello.