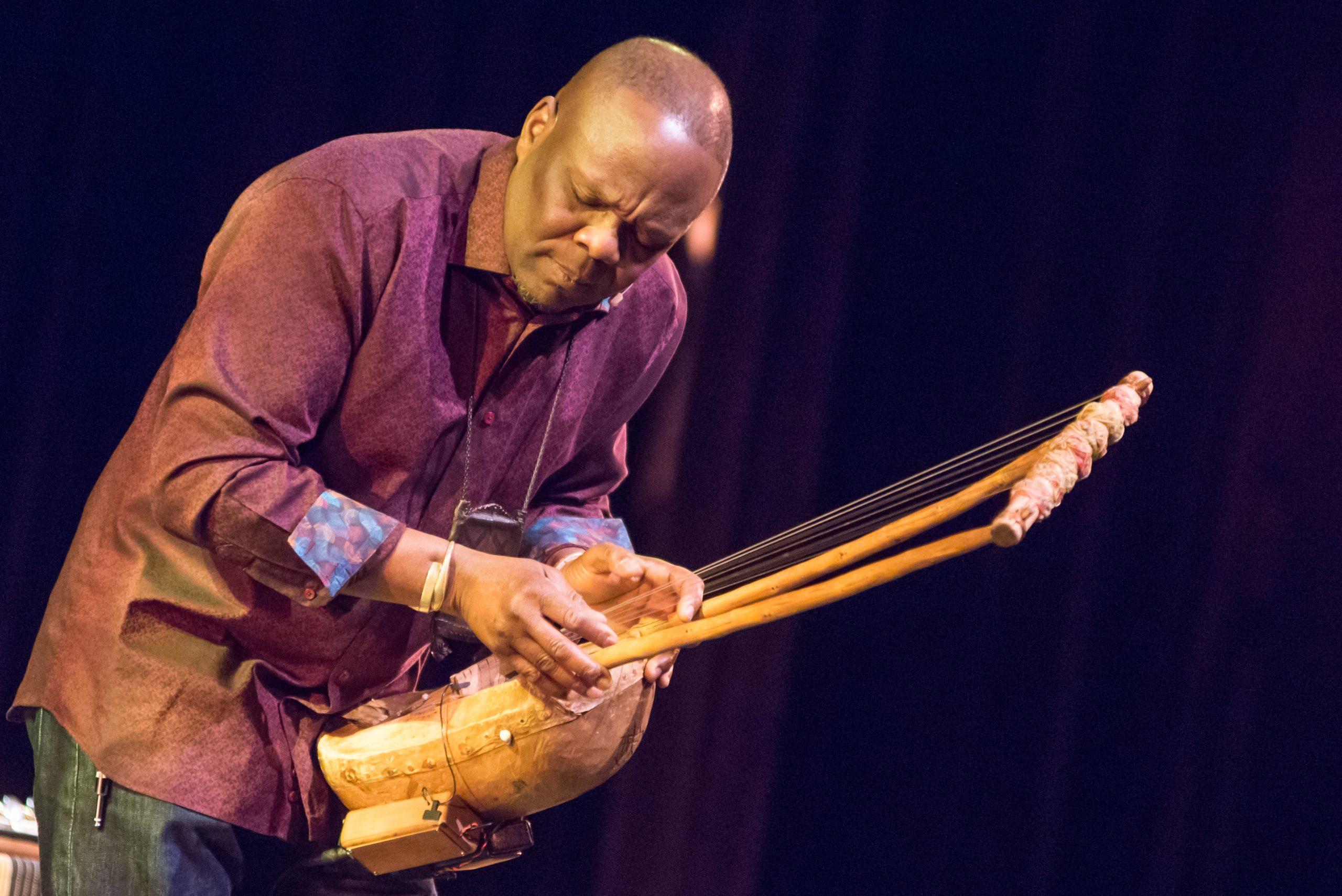 Samite was born and raised in Uganda, but left as a political refugee in 1982. He spent the following few years in Kenya where he studied African traditional musical instruments and rhythms. He mastered the kalimba (thumb piano), marimba (wooden xylophone), litungu (seven-stringed Kenyan lyre) and various flutes, both traditional and western, and learned both traditional melodies and original compositions. He played with the popular African Heritage Band and the Bacchus Club Jazz Band, and played frequently at the Mount Kenya Safari Club and other leading Kenyan venues. Samite emigrated to the United States in 1987, and continued to play traditional and original music, as well to compose for film scores. He has released albums on the Shanachie, Triloka, Xenophile, and Windham Hill labels, as has been featured on compilations from Putumayo, Ellipsis Arts, and Narada. Samite spent the summer of 1999 traveling through parts of Africa, filming a PBS documentary titled Song of the Refugee, inspired by his desire to present African refugees’ hopes for the future in spite of the loss and suffering they have endured. Samite founded the humanitarian non-profit organization Musicians for World Harmony in 2002. His recent work, Resilience, features “On the Same Journey,” which was nominated for a Hollywood Music in Media Award in 2019. In his concerts, Samite reflects on these experiences by performing songs and music from his and other African cultures.