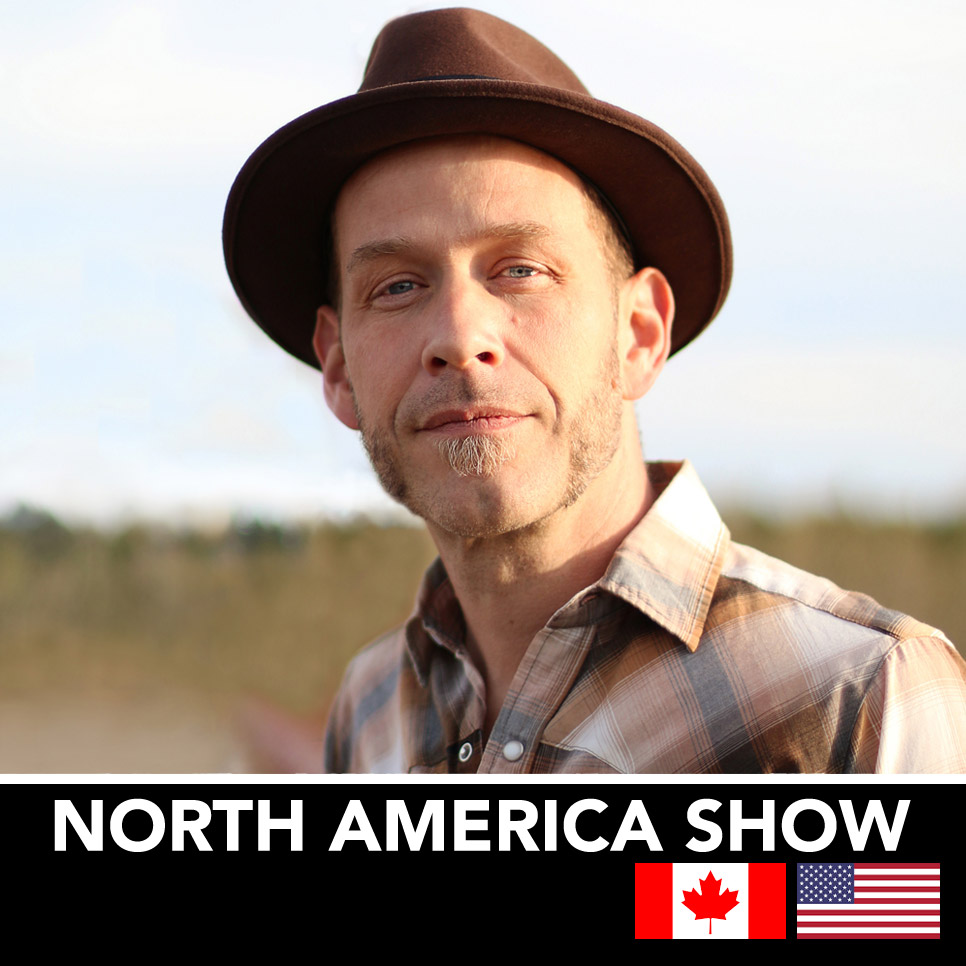 Live from Edmonton, AB Scott Cook & The Indoorables Tues, Oct 20th, show starts at 7:30pm CT and is proudly presented by Home Routes, in collaboration with Calgary Folk Club. Audiences will hear sturdy, straight-talking songs with old-timey stringband arrangements, equal parts introspection and insurrection. Scott is a tireless folk troubadour who made his home on the road for thirteen years, until the pandemic made living in a van less appealing, and now broadcasts from Edmonton with his quaranteam-mates Elliot Thomas and Pamela Mae.

Scott Cook has been touring almost incessantly across Canada, the US, Europe, Asia, Australia and elsewhere since 2007, distilling his experiences into straight-talking, keenly observant verse. His sixth studio album Further Down the Line earned his second CFMA nomination (English Songwriter of the Year), and comes packaged in a 132-page book containing a look back, in words and pictures, on a decade of full-time travel. In 2020 he released his seventh collection, Tangle of Souls, packaged in a 240-page hardcover book of road stories and ruminations. Since the pandemic cancelled his tours for the year, he’s been performing online and outdoor concerts with his quaranteam of housemates as Scott Cook and the Indoorables: Pamela Mae on upright bass and vocals, and Elliot Thomas on banjo, fiddle, slide guitar and vocals.