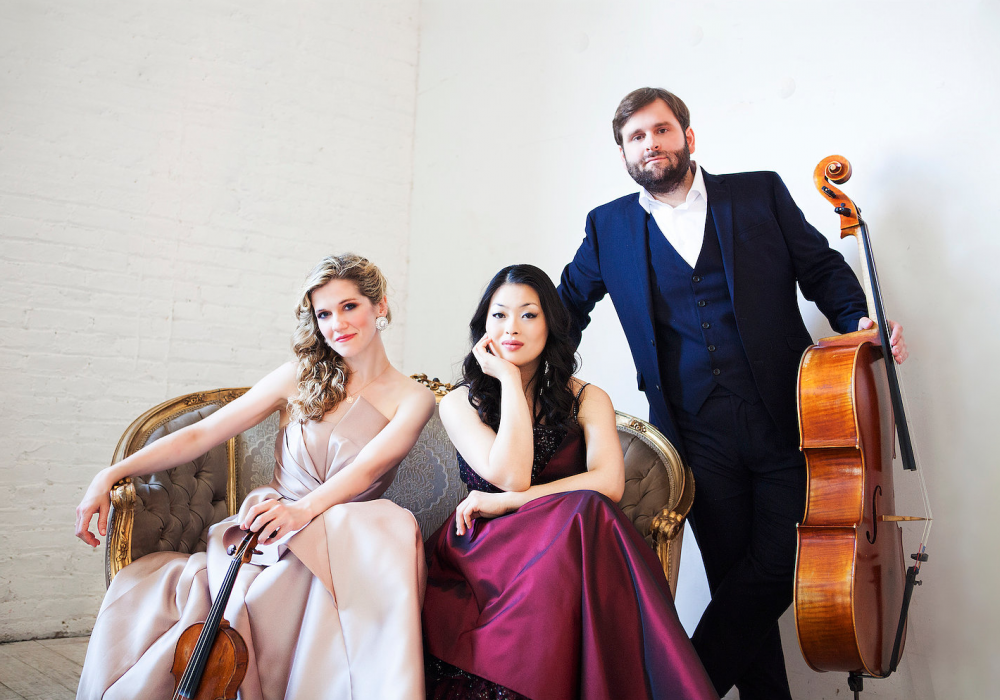 On Saturday, August 14 at 8pm, the Boston-based Neave Trio will perform a concert presented as part of the Shandelee Music Festival. The concert will be performed for a live audience at the Shandelee Music Festival’s Sunset Concert Pavilion and livestreamed online. Tickets are available for purchase at https://shandelee.org/sunset_series/evening-of-chamber-music-6/, and instructions to watch the stream will be sent to registrants via email.

Neave Trio’s program includes Rachmaninov’s Trio élégiaque No. 1 in G minor, Ravel’s Piano Trio in A minor, and Brahms’ Piano Trio No. 1 in B Major, Op. 8. Neave will record this masterful program on Chandos Records during the 2021-2022 season.

Rachmaninov was inspired to write Trio élégiaque No. 1 after hearing Tchaikovsky’s Piano Trio in A Minor, which was composed in memory of Tchaikovsky’s deceased friend Nicolai Rubinstein. Though Rachmaninov composed his trio when he was just 19 years old, it is completely characteristic of his compositional brilliance which would continue to develop in his adult life. Brahms’ Piano Trio No. 1 was the first of the composer’s chamber works to be published. The work is notably grand in both scope and sound, often emulating an orchestral symphony within its organization and harmonic structure. Ravel composed his only piano trio after nearly six years of sketching and planning. But following the beginning of World War I in 1914, Ravel was motivated to quickly complete the work before enlisting in the French army. In a letter to Igor Stravinsky, he wrote, “The idea that I should be leaving at once made me get through five months’ work in five weeks! My Trio is finished.”