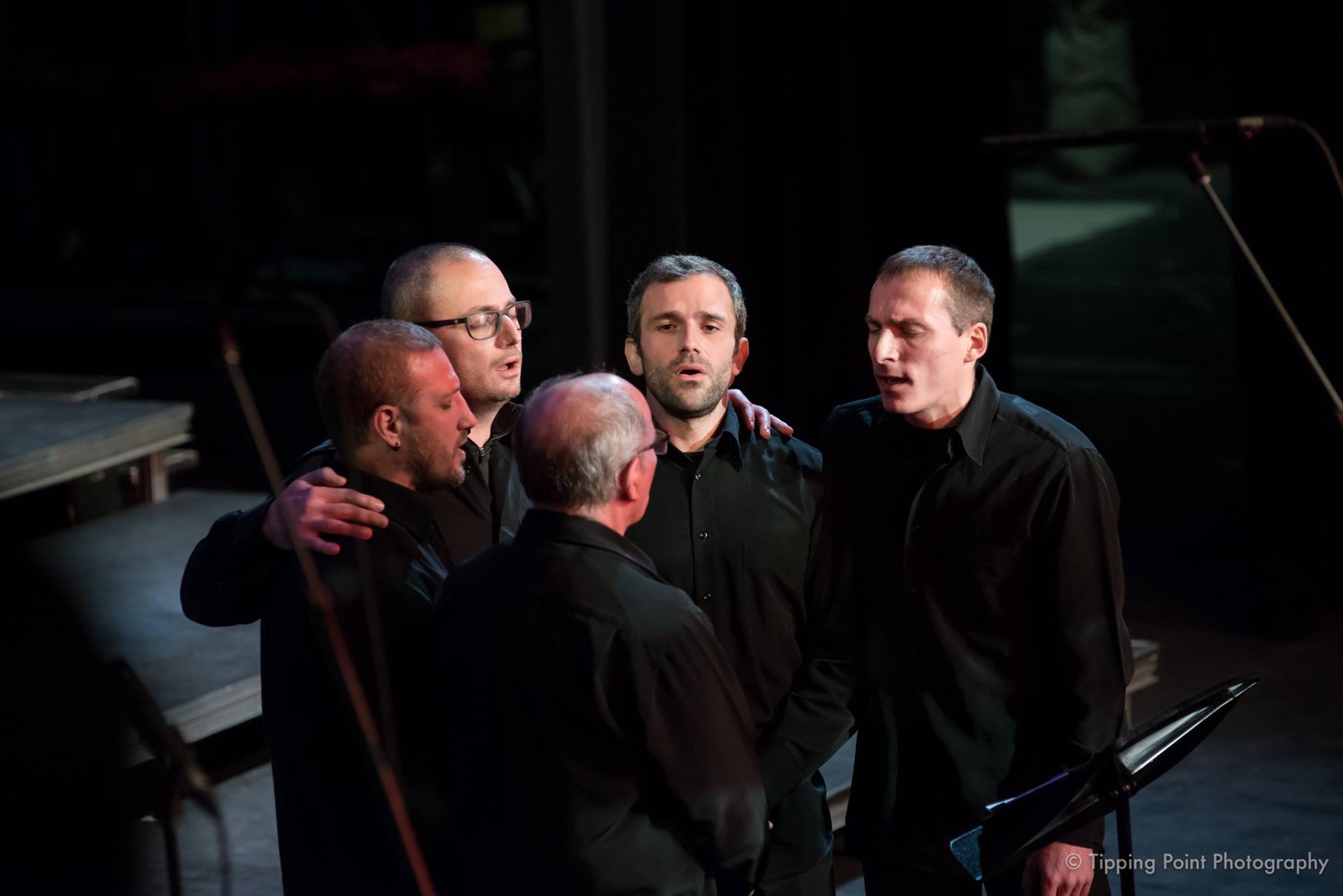 The Spartimu ensemble is devoted to traditional polyphonic singing as passed on in the oral traditions of Corsica. Their style and repertoire are based on deep research into the practice of the singing tradition known as “cantu in paghjella,” which is recognized by UNESCO as an important and endangered tradition (“intangible cultural heritage in urgent need of safeguarding”). The ensemble’s projects also encompass the repertoires of several other countries, stretching from Mediterranean Europe to the peaks of the Caucasus. The encounters they create among musical traditions, repertoires, and practices that at first appear very disparate have become a trademark of the group. The Spartimu ensemble has performed at concerts and festivals in Sardinia, Lithuania, Georgia, Australia, and the United States.