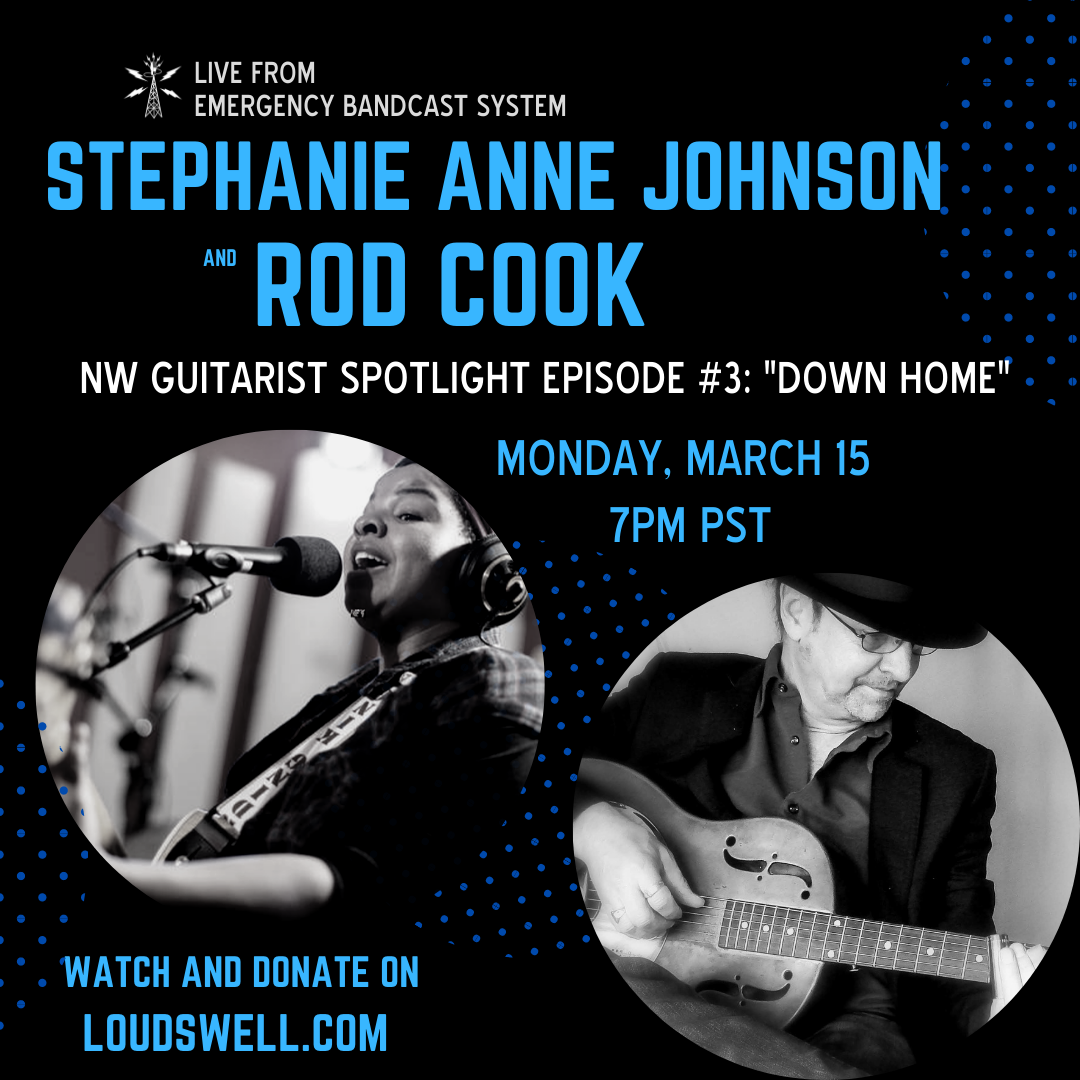 This episode celebrates the simple old time sweetness of country, blues and americana, as preserved in the hearts of two modern songwriters.

Rod Cook is a well respected, in demand Seattle area guitarist/vocalist known for his stylistic versatility, soulful, melodic playing and smooth vocal style. Rod has worked as a professional musician for over forty years. Until the pandemic forced a live music shutdown in March of 2020 he worked steadily (up to 250 dates a year) as a solo act playing a variety Blues, Americana, etc. as well as in a variety of bands including his own trio Rod Cook and Toast, the Dusty 45s (as well as Dusty spinoff The Billy Joe Show), The Little Bill Trio, DreamWreck and others. Some past exploits include The Royals, Lily Wilde and The Hysterics, a fifteen year run with singer/songwriter/bassist Laura Love through the ’90’s and early 2000’s (recording seven albums with her, two of which were released on Mercury Records), the Double Cookinâ duo with former Steve Miller Band guitarist James “Curley” Cooke, a ten year run in The Voice 2011 finalist Vicci Martinez’s Band to name a few. Rod has also backed up blues legend Taj Mahal and opened as a solo act for Todd Rundgren, Sonny Landreth,, and Charlie Musslewhite. He received the Washington Blues Society Best of The Blues award for “Best Acoustic Guitar” in 2004, 2006 and 2015 and “Best Electric Guitar” in 2004, 2012, 2015 and 2016. Rod has released two albums with his band Toast and one solo acoustic album.