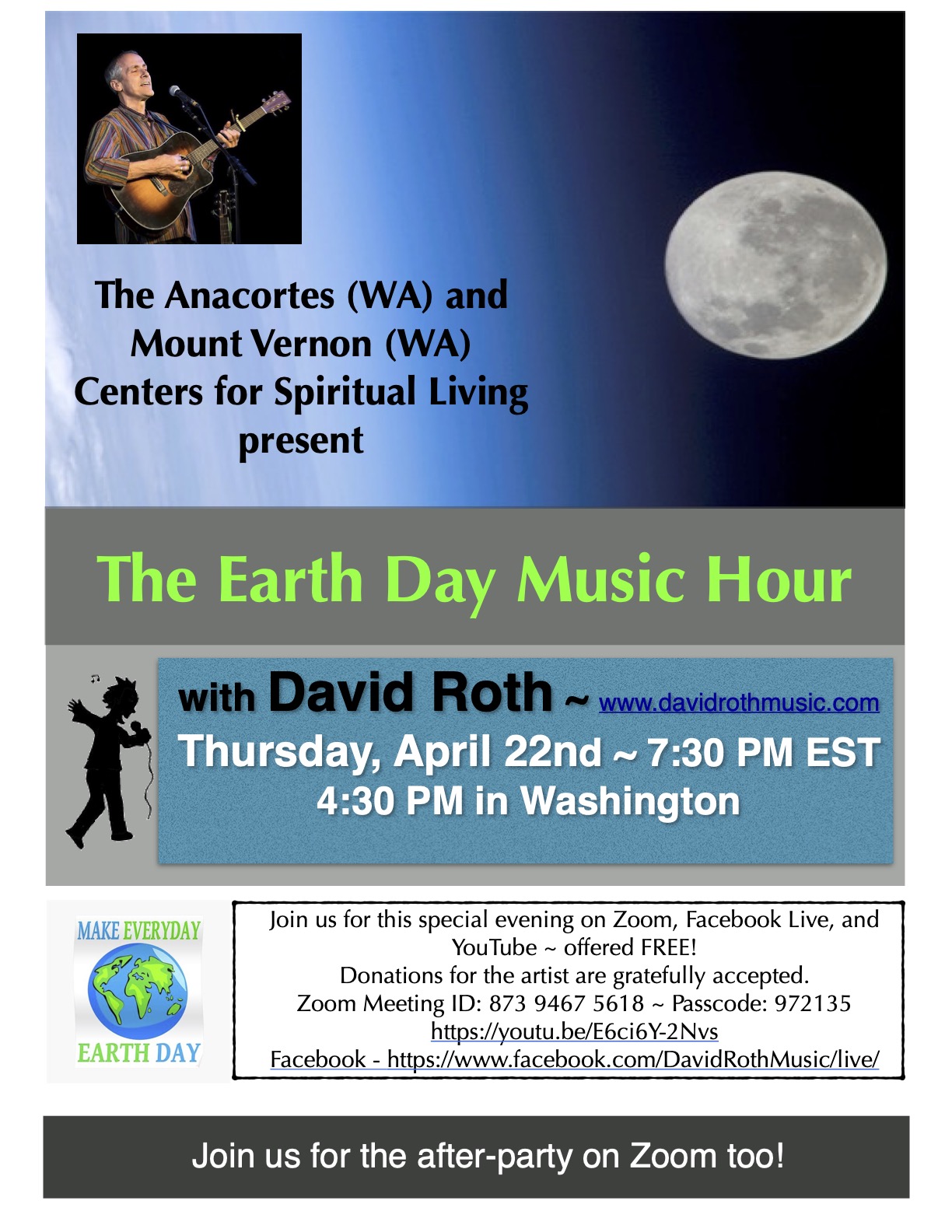 A crisp hour of music from singer/songwriter David Roth (whose song “Earth” was used for International Earth Day in 2000 and which he sang at the 40th Anniversary of the United Nations in New York City). David’s ties to Texas began as a New Folk Winner at Kerrville (1986), and he’s been back and all over the state many times since then with his “James Taylor-meets Jerry Seinfeld meets-Jon Stewart” original songs (and 15 albums). This night marks the 51st Anniversary of Earth Day and becomes the theme for his monthly online concert hour. David looks forward to returning to Texas in person next February or March. www.davidrothmusic.com