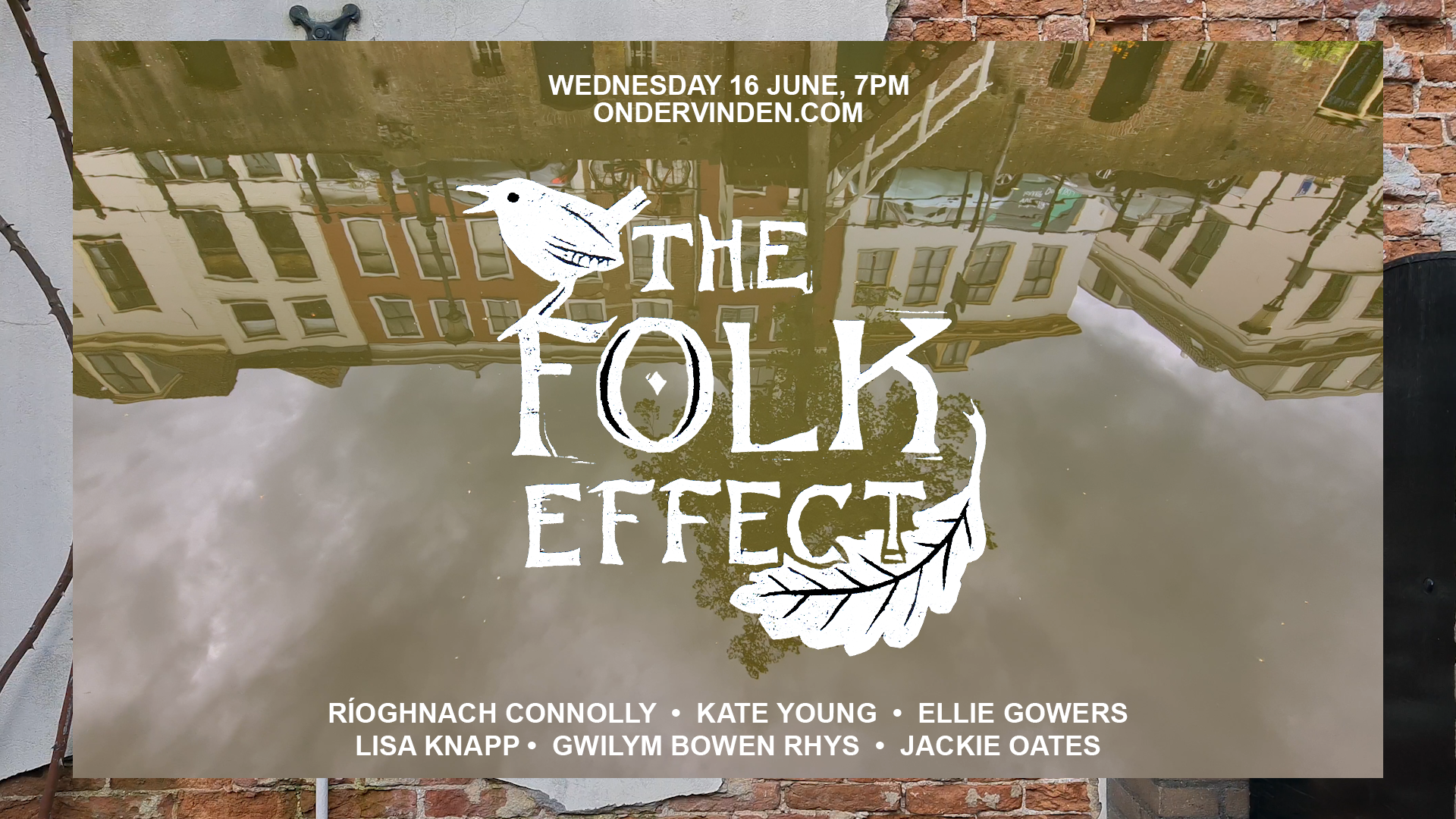 The Folk Effect is a unique high-speed songwriting project celebrating both the history and the future of folk music.

It all begins with a traditional song, passed down through the ages for hundreds of years. Taking this as a starting point, six folk musicians from across the UK will each take turns to write a new song in just 24 hours. Each song will be inspired by the one written the day before, creating a chain of creative ideas through song.

In addition to the songwriting element of the project, Jo Elizabeth May has been commissioned to create a lino-cut portrait of each artist. A film of her creative process will be edited together with the performances and included in the final showcase.

TUNE IN
The artists will take it in turns to write their songs from 1–6 June. They’ll be sharing glimpses of their creative process along the way, so keep an eye on Ondervinden’s social media channels for some behind-the-scenes insights!

The songs will then be compiled into the final showcase film, which will be broadcast on Wednesday 16 June at 7pm. You’ll be able to watch it on Ondervinden’s website, Facebook page and YouTube channel.

The film will be free to view, with donations encouraged to support Ondervinden and help us deliver more creative work in the future.
Donate at: www.ondervinden.com/supportus.