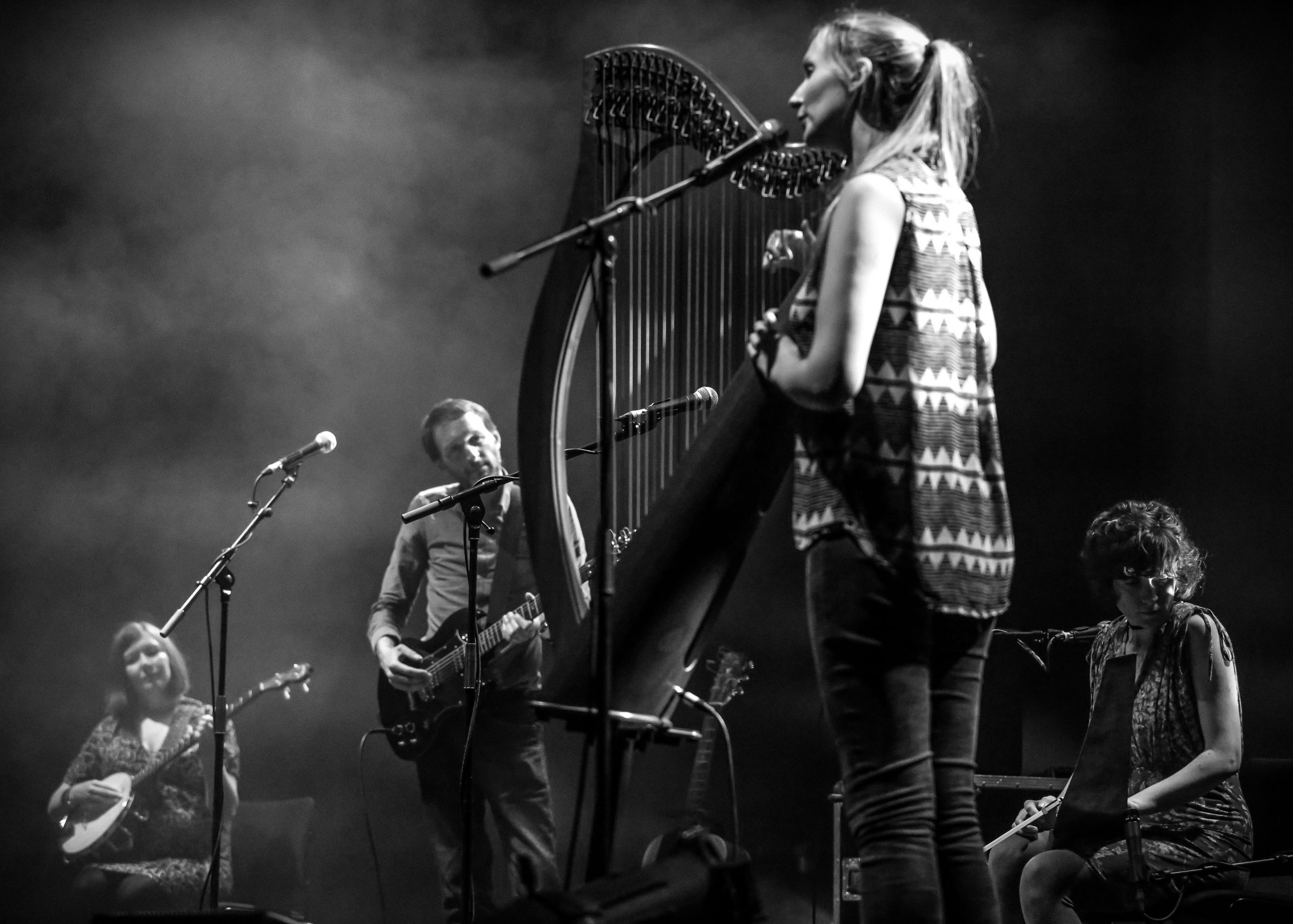 The Furrow Collective is an English/Scottish band consisting of four talented and individually prominent performers: Lucy Farrell (viola, voice & saw), Rachel Newton (harp, fiddle, voice), Emily Portman (banjo, concertina, voice) and Alasdair Roberts (guitars, voice). The group formed in 2013, drawn together by a shared love of traditional song and balladry of England, Scotland and beyond and an open, intuitive approach to collaboration.

In recognition of their innovative approach, The Furrow Collective were awarded the accolade of 2017 BBC Radio 2 Folk Awards ‘Best Group’, hot on the heels of the release in late 2016 of their second album, Wild Hog. The group’s most recent album, Fathoms, was produced in Powys and Oxfordshire by honorary fifth-Furrow Andy Bell and sees the group build further on their substantial reputation for breathing new life into traditional songs.

The twelve recordings of which Fathoms is comprised capture typically innovative arrangements and set the four distinctive voices in a magical, captivating sound-world. As with their previous collections, the impression is by turns ancient, evoking the lines back to the earliest source, and then altogether unknown; fresh as tomorrow morning.

The Furrow Collective tours extensively throughout the UK as well as in mainland Europe, delighting audiences with their uniquely beguiling approach to traditional song.

“The Furrow Collective have an air of immeasurable antiquity, while at the same time making the songs vibrantly new.“ – R2