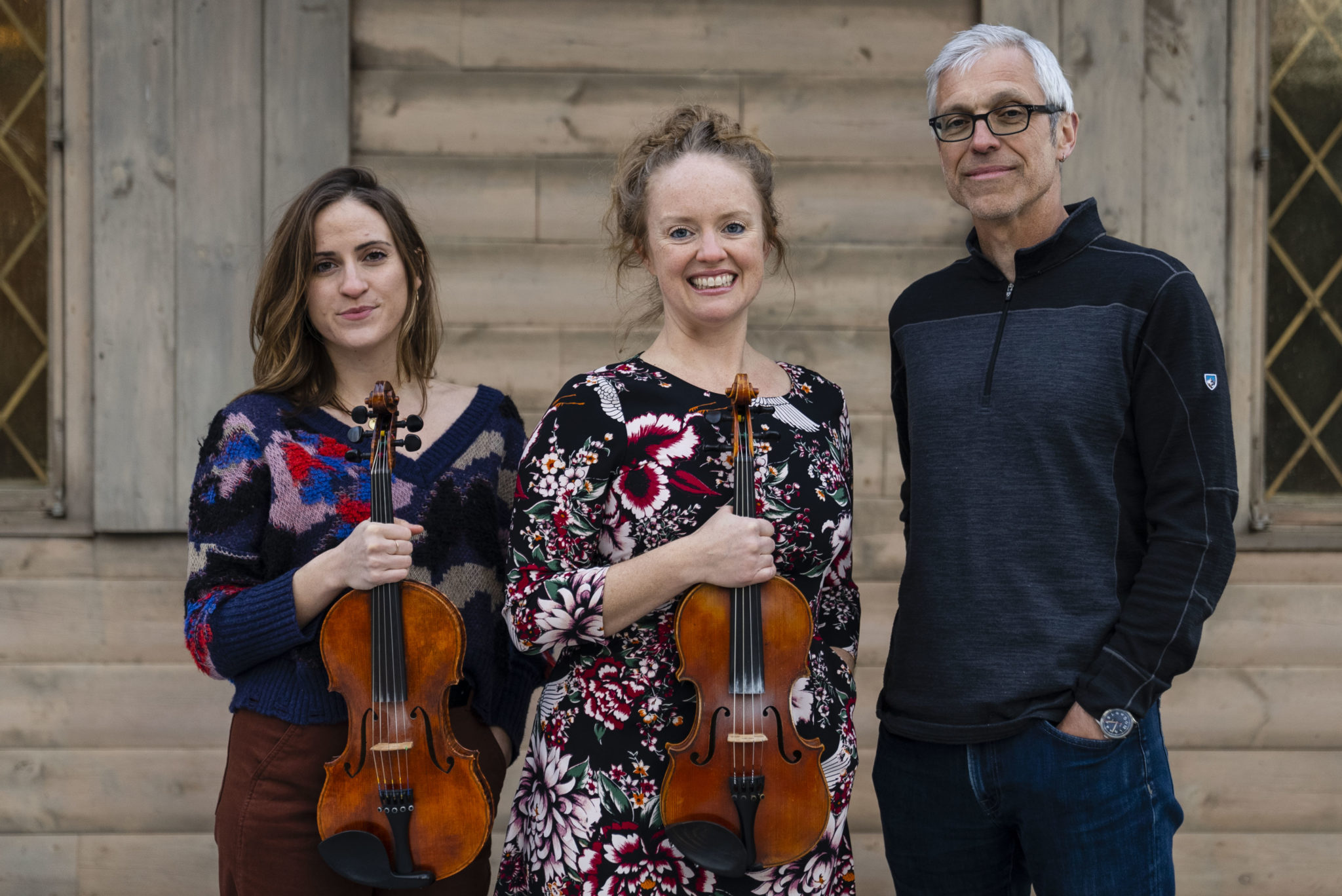 Effervescent and engaging, Boston-based fiddler Hanneke Cassel’s fiddle music fuses influences from the Isle of Skye and Cape Breton with Americana grooves and musical innovations. She has performed and traveled across North America, Europe, Australia and Asia. Hanneke’s music is a blend of the contemporary and traditional, described by the Boston Globe as “exuberant and rhythmic, somehow wild and innocent, delivered with captivating melodic clarity and an irresistible playfulness.”

The Hanneke Cassel Band features Jenna Moynihan on 5-string fiddle/vocals and Keith Murphy on guitar/vocals. Jenna Moynihan is regarded as one of the best of the best in the new generation of fiddle players. Versatile and inventive, her fiddling style draws strongly from the Scottish tradition, but is in no way bound by it. Newfoundland-born guitarist Keith Murphy began absorbing his native musical languages – folksongs, ballads and dance music – from an early age. A proficient multi-instrumentalist, he has long applied considerable energy to the rhythmic side of music, becoming a valued band member and highly sought-after sideman on guitar, mandolin and foot percussion.

Together, the Hanneke Cassel Band creates a cutting-edge acoustic sound that retains the integrity and spirit of the Scottish tradition.