The Kennedys Present: The Return of Pete’s Pawn Shop! 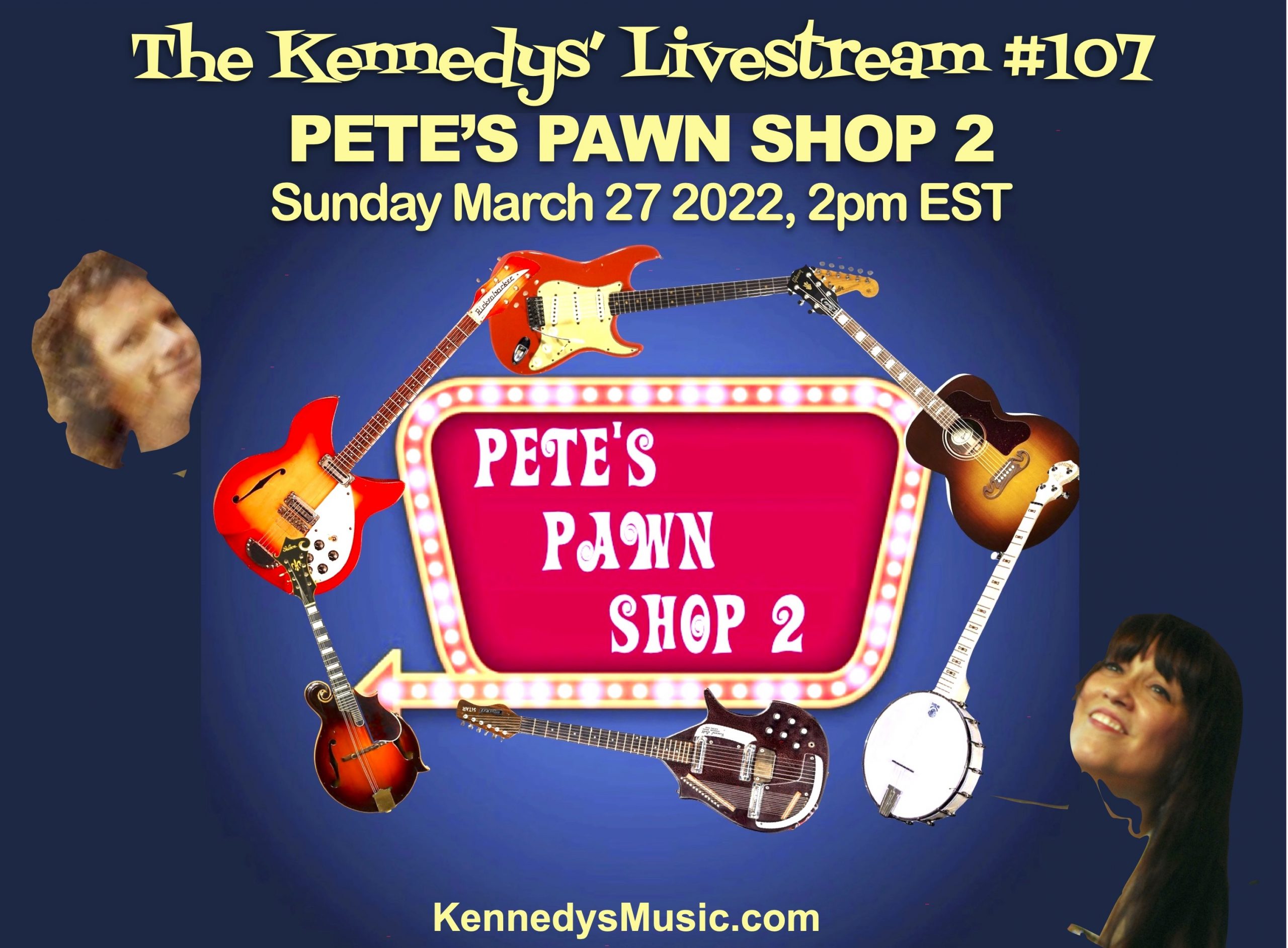 Last year on Pete’s birthday we presented “Pete’s Pawn Shop” in which we played over 60 songs in 60 minutes (final tally was 61 songs in 75 minutes on 12 instruments!) As we were on the road and away from our entire arsenal of guitars, banjos, mandolins, ukuleles, electric sitars, basses, and more, we’ve been waiting until we got back home to revisit this thrilling theme. We just arrived to our home base after two months away, and we’re aiming to shatter our previous record during this show…how many songs can we squeeze in? Tune in to find out! Sunday, March 27, 2pm EST