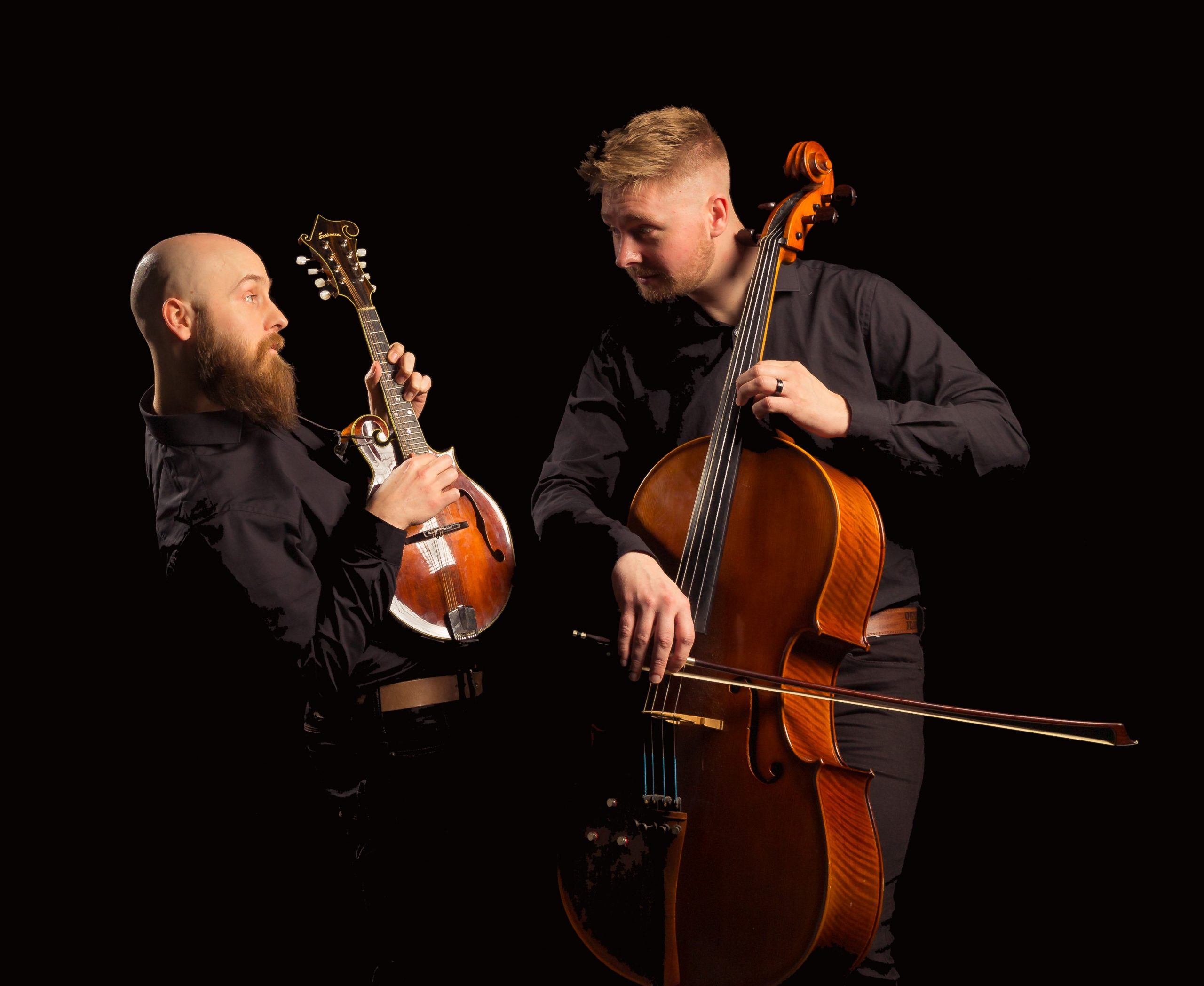 The Last Inklings create music that inspires wonder and intrigue through songwriting, stories and soundscapes.

The alt-folk duo is formed of multi-instrumentalists David Hoyland and Leonardo MacKenzie, former members of folk trio Kadia. Their experimental sound focusses on cello, mandolin and violin layered with vocal harmonies. Songs are inspired by folklore and the human element of mythology, drawing on narrative influences ranging from Norse myths to the writings of Neil Gaiman, Joseph Campbell and Carl Jung.

Musically they have been inspired by artists including MouleMes, Punch Brothers, Miranda Sykes & Rex Preston, Tobias Ben Jacob, Andrew Bird and Max Richter along with the traditional songs and tunes of the UK.

The Last Inklings are releasing their debut album in Autumn 2021, following the release of their EP Alchemy in Spring 2020.