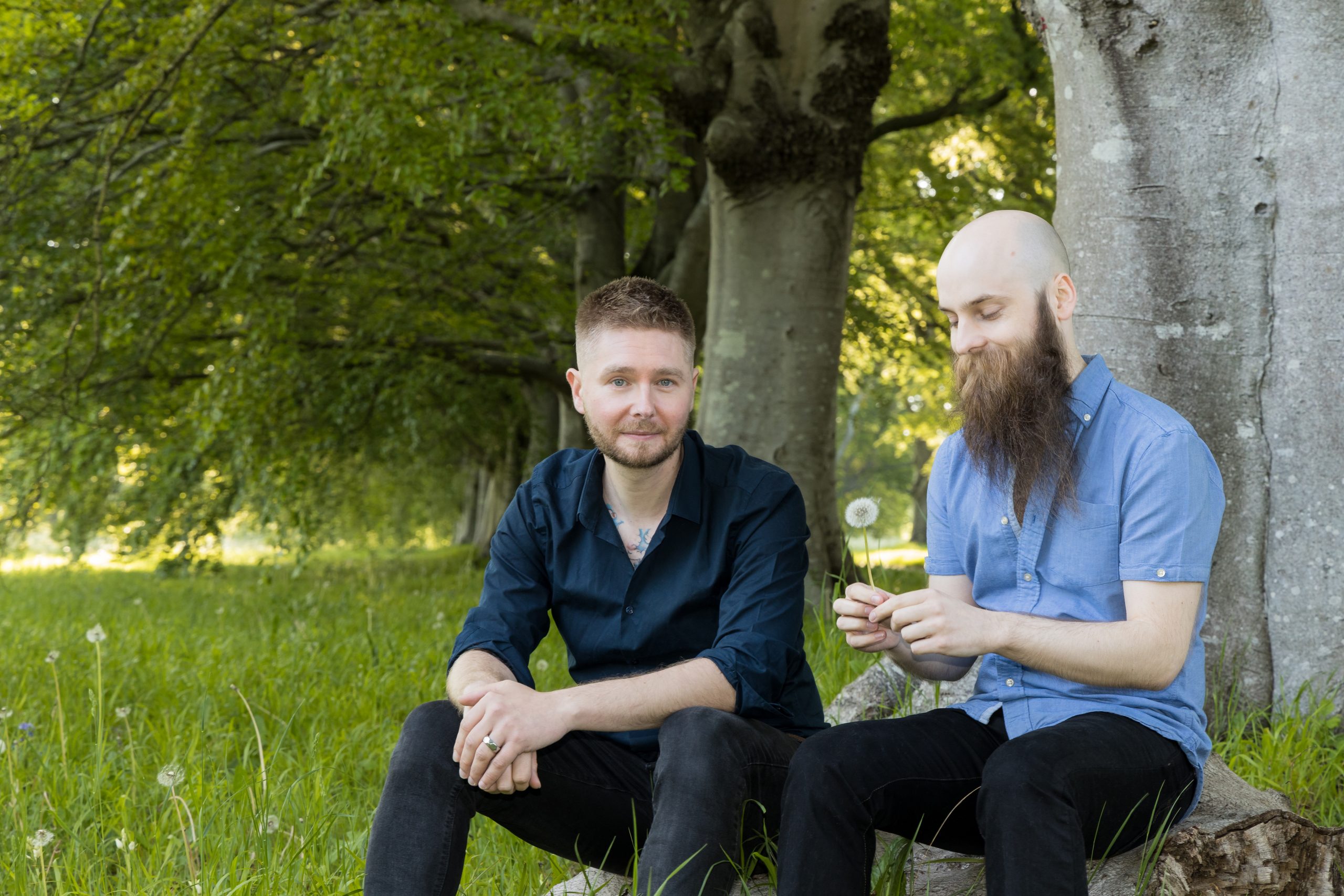 The Last Inklings are Leonardo MacKenzie and David Hoyland, both accomplished multi-instrumentalists with a solid folk background. The band’s innovative sound crosses genres, centred around cello, mandolin and vocal harmony, layered with guitar, piano, strings, synths and percussion. With vibrant backstories and creative musicianship, their songs have a modern flavour that is rich with imagery and narrative, exploring at their core what it is to be human.

Their name is a nod to the mid 20th century literary group which included Tolkein and CS Lewis, although their inspiration is drawn from wider sources than just these authors, ranging from Carl Jung to Terry Pratchett. Thoughtful depth is handled with a light touch, balanced with playfulness, metaphor and humour. Musically their influences are equally diverse, including artists such as Moulettes, Punch Brothers, and the cinematic soundscapes of composers like Max Richter to the traditional songs and tunes of the British Isles.

The Last Inklings released their debut album, The Impossible Wild in Autumn 2021, following the release of their EP Alchemy in Spring 2020.

“Fascinating … There is nothing around that sounds quite like these guys” – folking.com