To Sidney Poitier and Betty White – With Love: A Musical Tribute to Two Hollywood Icons 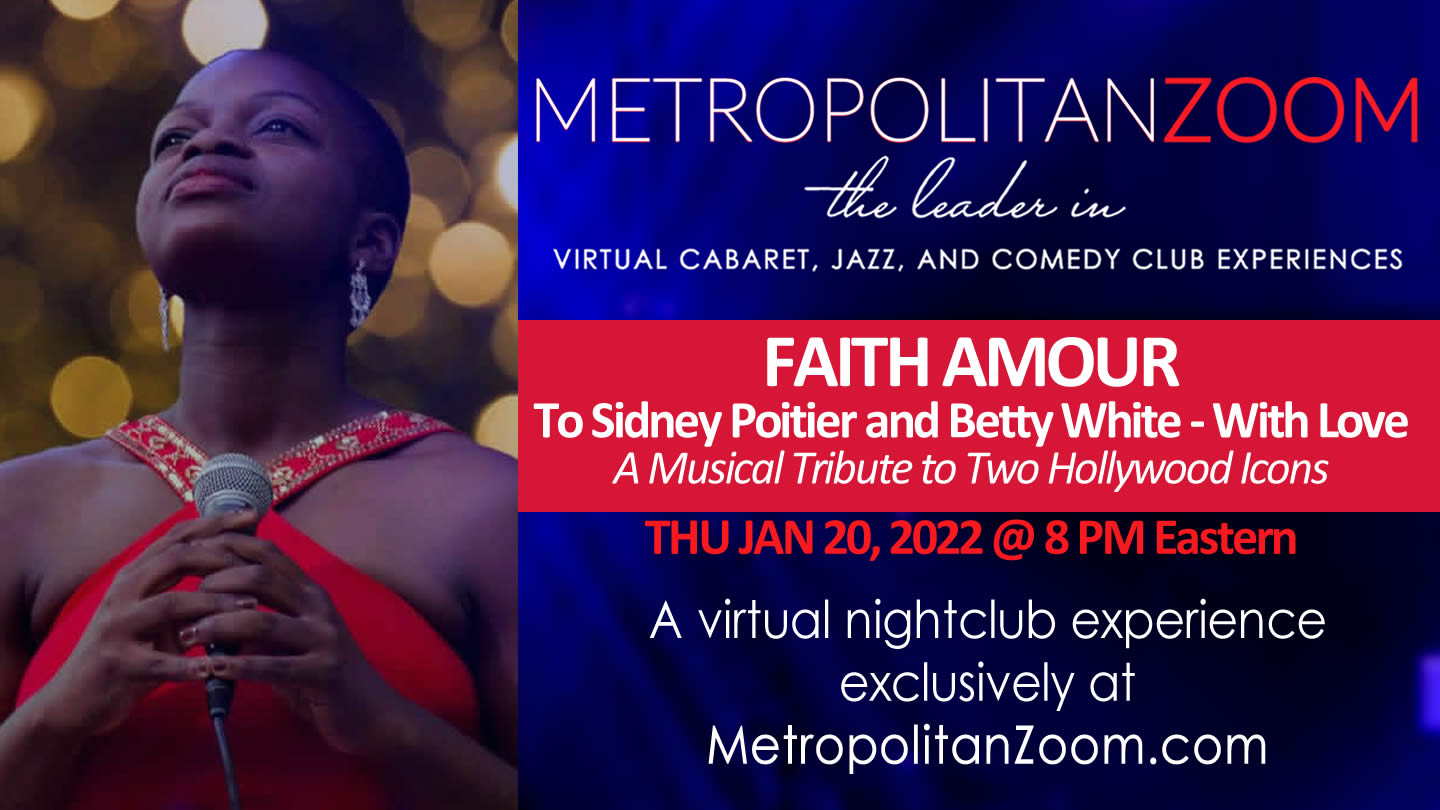 Celebrate the lives and legacies of Sidney Poitier and Betty White, two of the Hollywood screen’s biggest stars, through the music that scored their illustrious lives.
Betty White, almost 100 years on earth, dazzled and made the world smile with her singing, her comedy and her philanthropy/activism. Sidney was here almost as long, leaving his mark as a debonair and commanding figure, on and off the screen.
Their stories were connected in ways we’ll uncover in the show, as we experience the signature songs that were the soundtrack to their careers: Hear favourite classics including “Thank You For Being A Friend”, “It’s a Good Day”, “To Sir, With Love”, selections from “Porgy and Bess”, and many more…
ABOUT FAITH
“A sumptuous, shimmering voice… smooth as molasses”. – Broadway World
Faith is a dynamic vocalist and award-winning recording artist from Canada, steadily emerging on the North American jazz scene. With warm buttery vocals and charm for days, she brought live audiences into her world of pure musical delight in Canada, the U.S. and Europe, with her debut multilingual album “Bright Eyes”, and around the world with her latest live jazz album “CLASSICS”. She has sung in the presence of the President of Guyana, and has been paying tribute to her jazz vocal heroines, Ella Fitzgerald, Nancy Wilson and Nina Simone to grand success.
She has been in demand as a composer, conductor and as a featured vocalist for clubs and theatres, jazz orchestras, corporate and private events. Her band consists of some of the best jazz artists in Ontario, who’ve also played on some of Canada’s biggest stages, with Juno winners and international touring acts.
Travel down memory lane as Faith Amour honours great screen stars we recently lost, Betty White and Sidney Poitier through music. A portion of the proceeds of this show will go to causes important to each of the stars. As with every show by Faith Amour, prepare for moments of connection, with audience interaction, humor, and fun. Carefully curated with love, this production will spotlight songs spanning decades of classic numbers and jazz favourites. You’ll leave with a smile on your face and a song in your heart. *Get your tickets at: http://metropolitanzoom.ticketleap.com/faith-amour-/