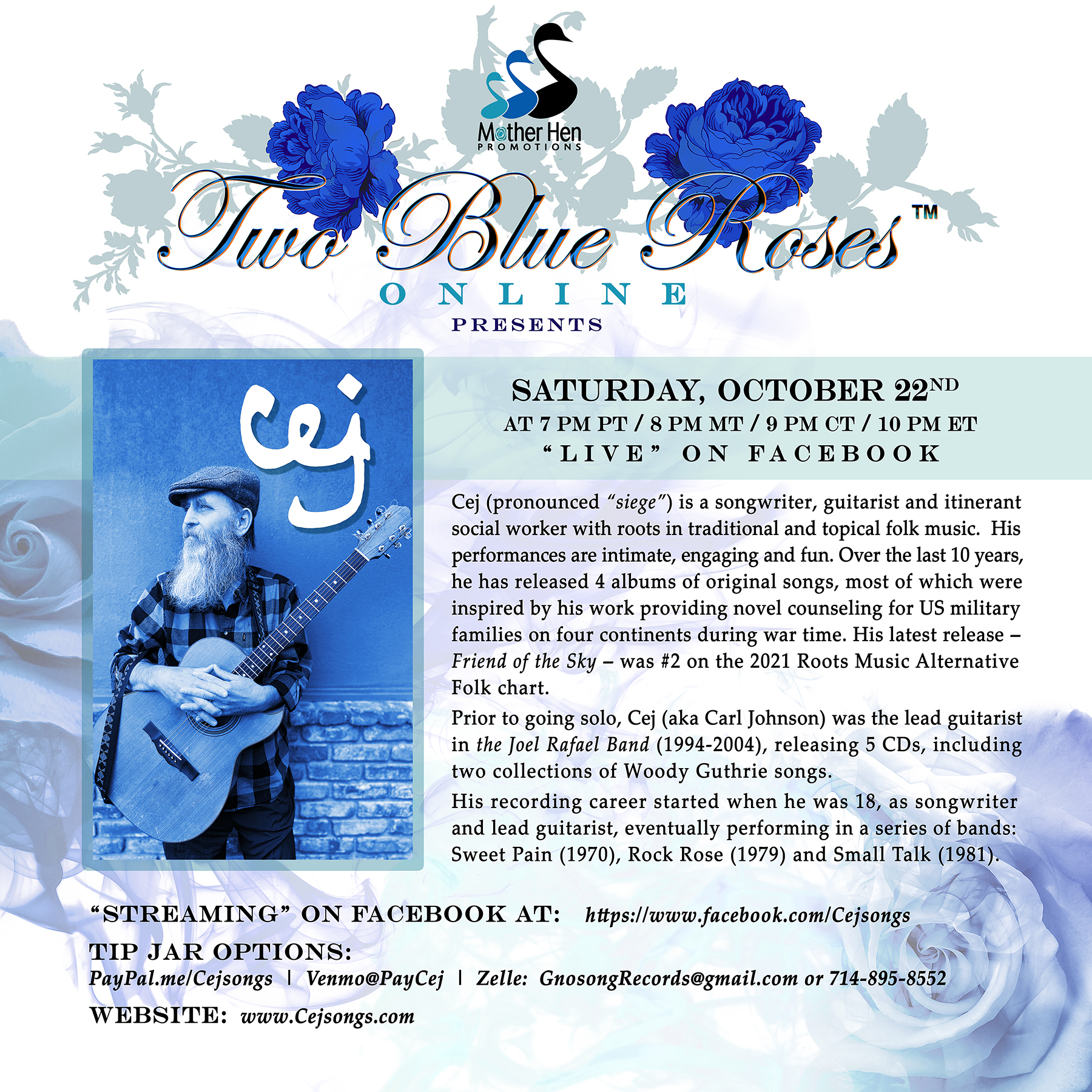 Sat., Oct 22nd at 7 PM PT
Two Blue Roses will feature Cej in an online concert at https://www.facebook.com/Cejsongs
Cej is a songwriter, guitarist and itinerant social worker with deep roots in traditional and topical folk music. His performance style is intimate, engaging and fun. Over the last 10 years he has released 4 collections of original songs, most of which were inspired by his work with US military families—providing said families with novel counseling services, on 4 continents, during war time.
Cej has released 4 CDs, all of which have found a home on Folk, College and Community Radio Stations, in the US, Canada, Europe, Australia and Israel: Sleepwalker in Paradise
(2013), Clovis Man (2018), Adobe Road (2019) and Friend Of The Sky (2020). Friend Of The Sky was #2 on the 2021 Roots Music Report Chart, Alternative Folk category.
Prior to going solo, Cej (aka Carl Johnson) was the lead guitarist in the Joel Rafael Band, 1994-2004, releasing 5 CDs, including 2 collections of Woody Guthrie songs. His early recording career started when he was 18, as songwriter and lead guitarist with a series of bands: Sweet Pain (United Artists Records, 1970), Rock Rose (CBS Sony, 1979) and Small Talk (MCA,1981).
Will play for work!
www.Cejsongs.com