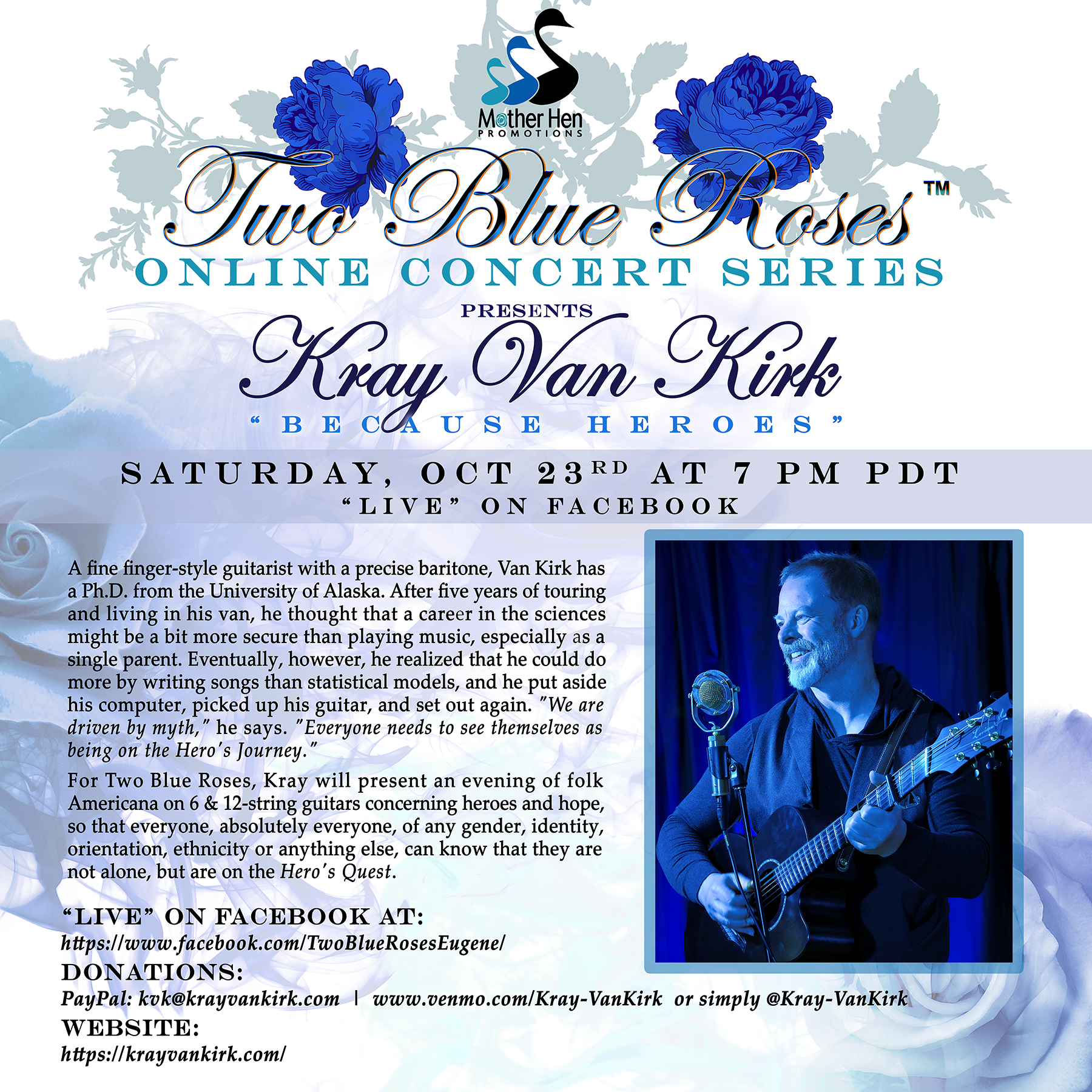 A fine finger-style guitarist with a precise baritone, Van Kirk has a Ph.D. from the University of Alaska. After five years of touring and living in his van, he thought that a career in the sciences might be a bit more secure than playing music, especially as a single parent. Eventually, however, he realized that he could do more by writing songs than statistical models, and he put aside his computer, picked up his guitar, and set out again. “We are driven by myth,” he says. “Everyone needs to see themselves as being on the Hero’s Journey.”

For Two Blue Roses, Kray will present an evening of folk Americana on 6 & 12-string guitars concerning heroes and hope, so that everyone, absolutely everyone, of any gender, identity, orientation, ethnicity or anything else, can know that they are not alone but are on the Hero’s Quest.