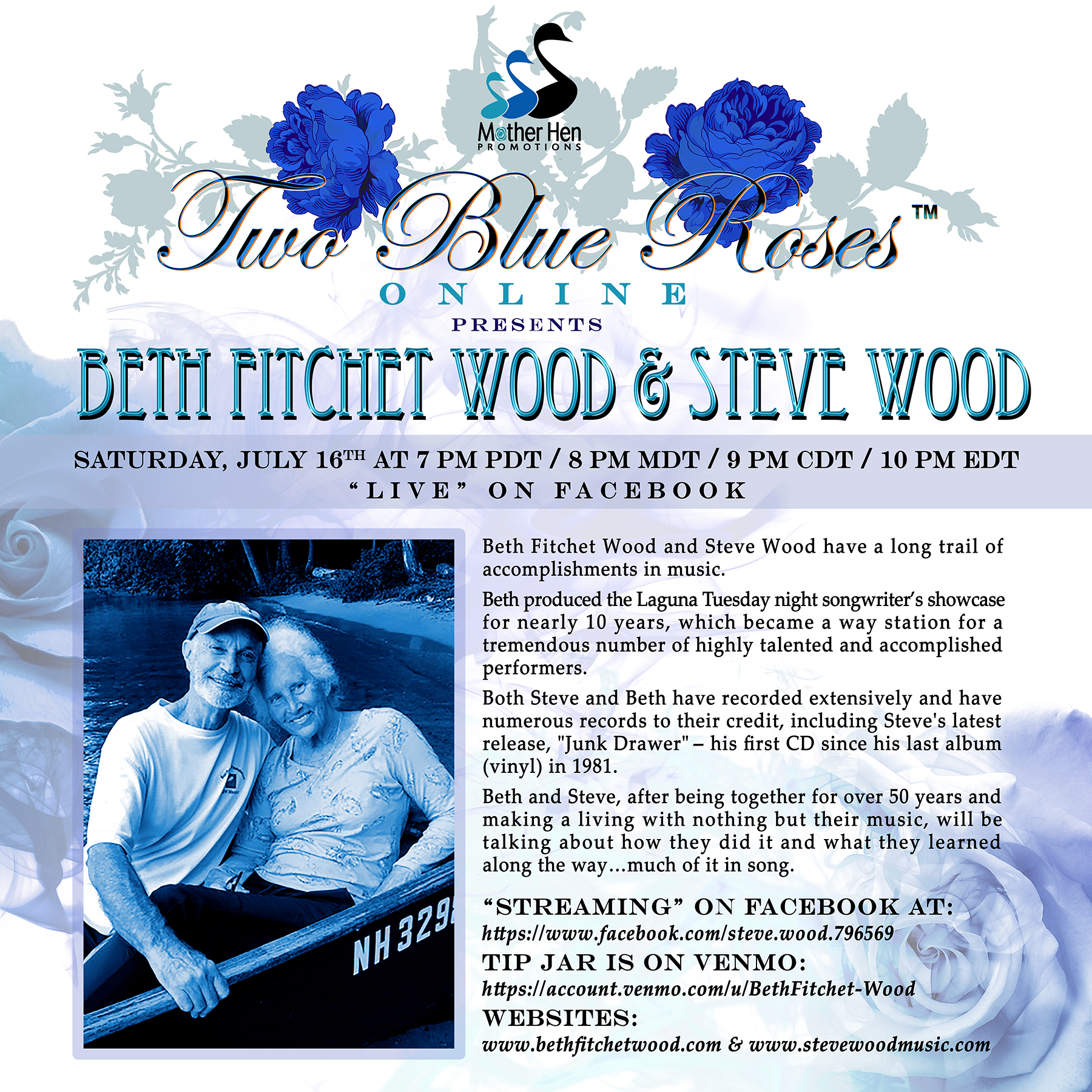 Saturday, July 16th at 7 PM PDT
Two Blue Roses Presents Beth Fitchet Wood and Steve Wood Online
Streaming at https://www.facebook.com/steve.wood.796569
Beth and Steve, after being together for over 50 years and making a living with nothing but their music will be talking about how they did it and what they learned along the way … much of it in song.
Beth Fitchet Wood and Steve Wood have a long trail of accomplishments in music. A few select milestones would include; members of legendary band Honk, who toured with The Beach Boys, Loggins and Messina, Chicago, etc. and made 3 albums on major labels, live and recording appearances with Jackson Browne, Kenny Loggins, Sting, George Harrison, The Moody Blues, Paul McCartney and… well you get the idea.
Steve was Kenny Loggins’ music director and appeared on all his albums throughout the 80’s, as well as having produced and composed music for over 25 IMAX movies, and having won best score awards for at least one third of those.
Beth produced the Laguna Tuesday night songwriter’s showcase for nearly 10 years which became a way station for a tremendous number of highly talented and accomplished performers. Both Steve and Beth have recorded extensively and have numerous records to their credit, including Steve’s “Junk Drawer” just released – his first CD since his last album (vinyl) in 1981.
Beth and Steve have been together for over 48 years, gigging all that time, so they are getting pretty good at performing together.
Donations requested to https://account.venmo.com/u/BethFitchet-Wood
www.bethfitchetwood.com
www.stevewoodmusic.com