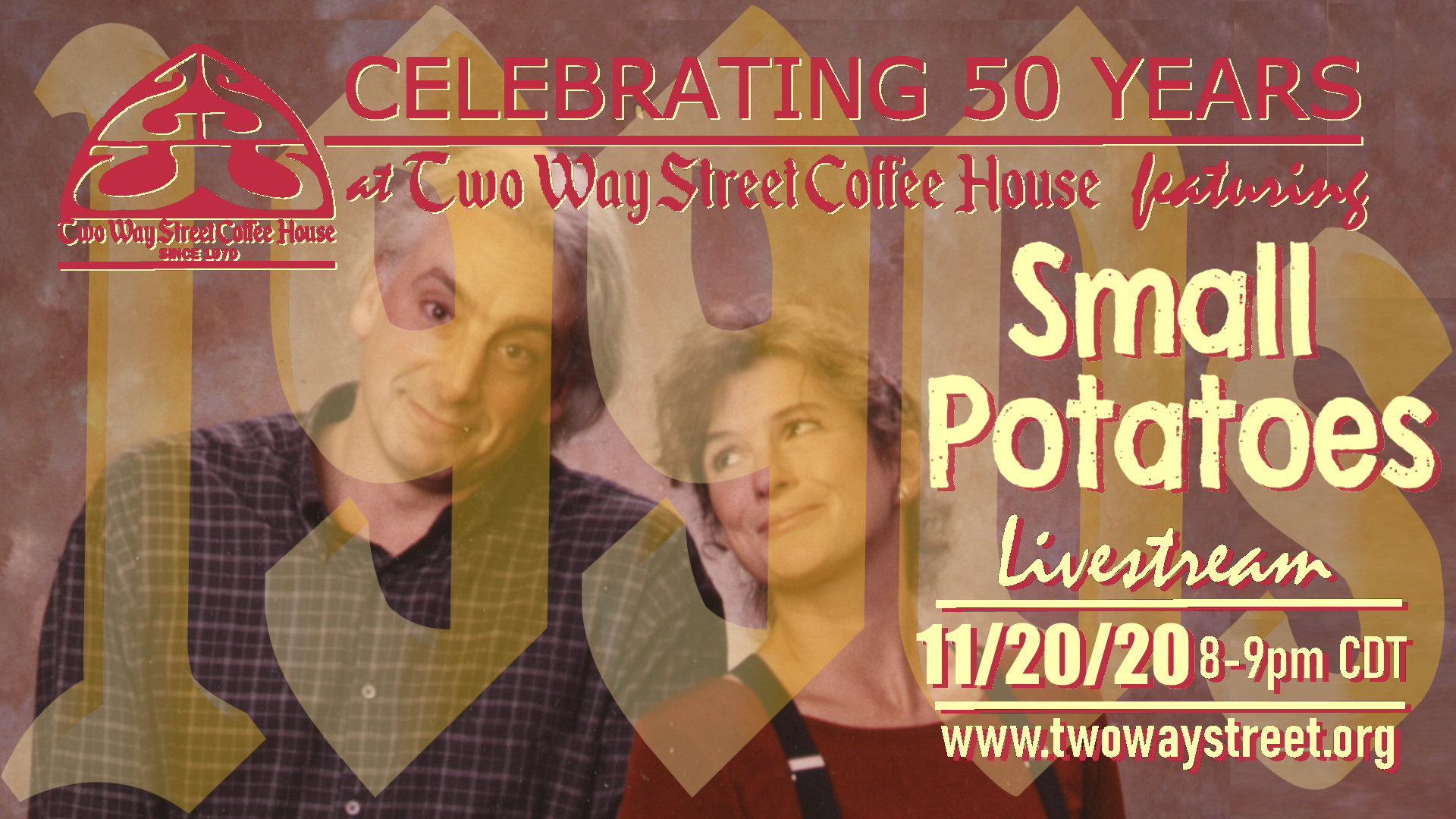 The Chicago based folk duo of Jacquie Manning and Rich Prezioso say it has taken them years of careful indecision to develop a repertoire they describe as “Celtic to Cowboy.” Superb musicianship and showmanship, award-winning songwriting, and a strong sense of tradition has made them, as Dirty Linen Magazine once said, “one of the most polished, inventive, and entertaining shows on the circuit.”

After twenty-eight years, a million and a half miles and 3500 they are listed as a “favorite act” by many coffeehouses, clubs and house concerts across the U.S. They have made repeat appearances at major folk festivals, including the Kerrville Folk Festival, the Walnut Valley Festival, and the Philadelphia Folk Festival.

November begins a five week virtual celebration in honor of Two Way Street Coffee House’s 50th Anniversary! Join us as we commemorate each decade at the Two Way Street, honoring 50 years of artists, volunteers and patrons. Representing the 1990s, Small Potatoes has definitely been a “favorite act” at the Two Way Street Coffee House over the years. In a 1999 Chicago Tribune article, the coffee house and founder Dave Humphries were hailed as showcasing the best in folk and acoustic music, and Dave said Small Potatoes never fails the Two Way Street demanding audience. “It’s exciting music — so exciting, I’ll pay to see them,” he said. “Their music is diverse. Their show is well-paced and has depth and humor. But first and foremost, they are excellent musicians.”

Please donate! There is no admission charge for the event, but please tip the artist. Use the button on the Two Way Street website www.twowaystreet.org to leave a tax-deductible donation for Jacquie and Rich. Please help support musicians and keep their songs flowing during these difficult times.