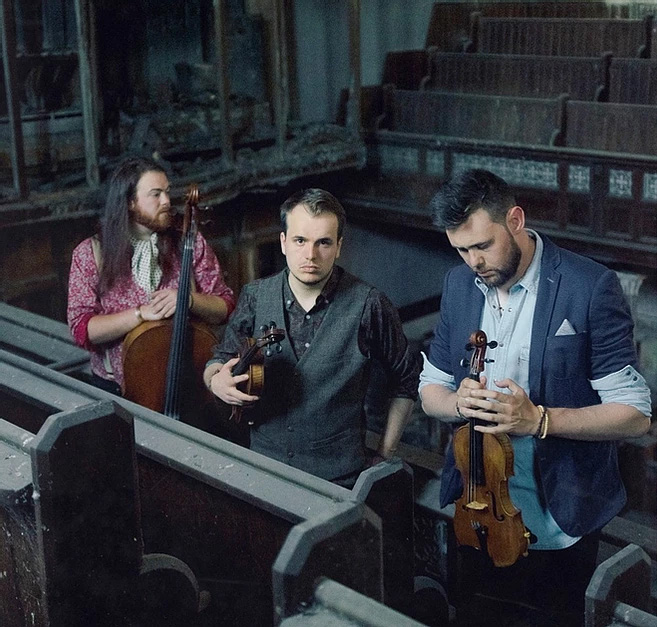 Vrï is a trio from Wales in the U.K., whose members describe their music as ‘chamber-folk’. Bringing together the experience of Jordan Price Williams (cello, voice) Patrick Rimes (violin, viola, foot percussion, voice) and Aneirin Jones (violin, voice) Vrï plays tunes and songs from the Celtic nations and beyond, attempting to combine the energy of a rowdy pub session with the style and finesse of the Viennese string quartet. They combine high-energy dance music and stately traditional melodies with delicate arrangements, and sing in both Welsh and English. Patrick Rimes has extensive touring experience across three continents with Calan and the Cerys Matthews Band. Jordan Price and Aneirin Jones are members of award-winning bands NoGood Boyo and Pendevig. Together as Vrï, their intricate and infectious interpretations of Welsh traditional melodies and songs have gained them widespread critical acclaim. Their debut album Ty Ein Tadau (House Of Our Fathers) received Best Album and Best Traditional Welsh Language Track in the Wales Folk Awards and a nomination at the BBC Radio 2 Folk Awards for Best Traditional Song, as well as a nomination for the Welsh Music Prize.