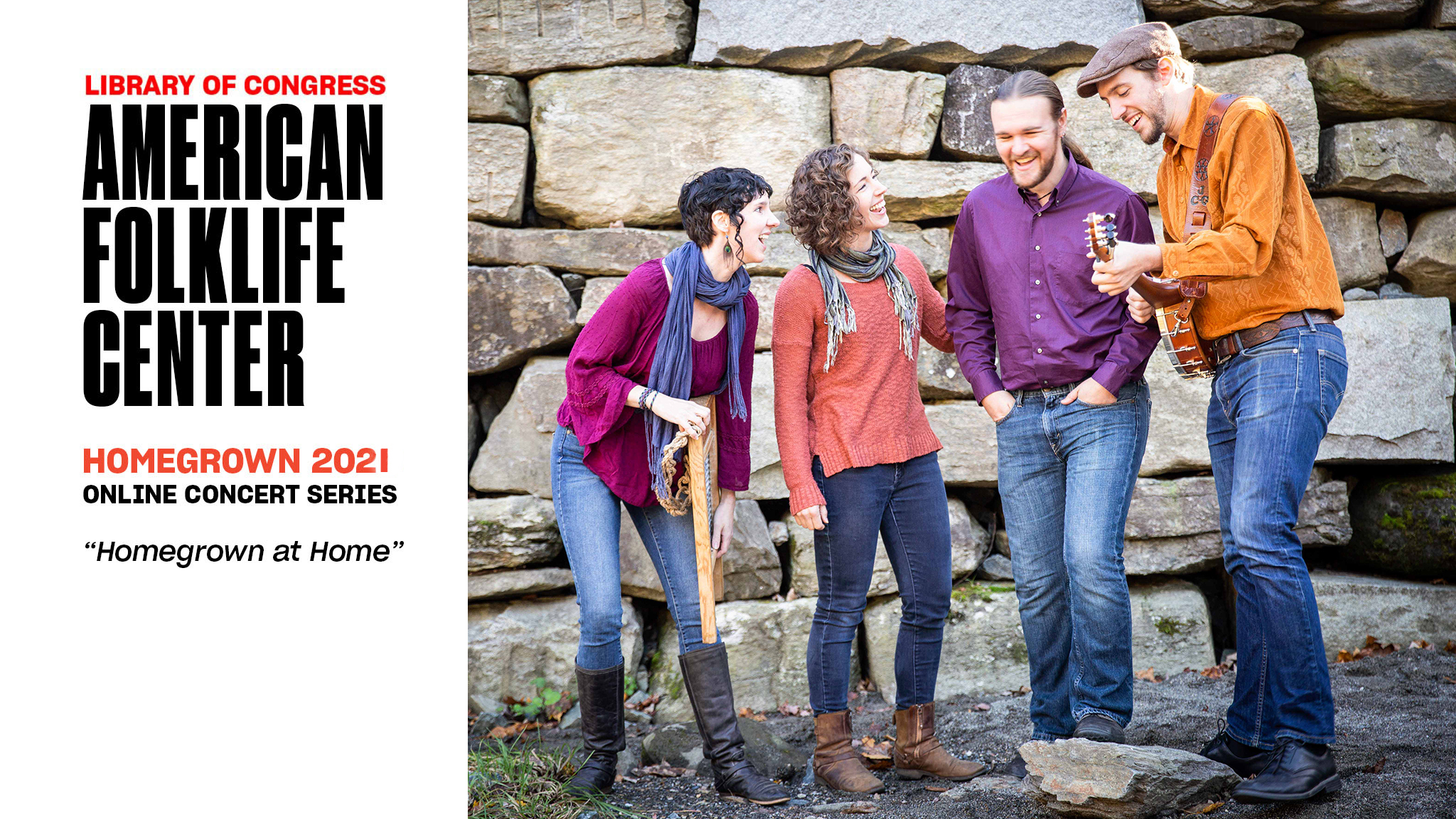 Windborne is Lynn Mahoney Rowan, Will Thomas Rowan, Lauren Breunig, and Jeremy Carter-Gordon. The four singers grew up immersed in the traditional song and dance communities of New England and discovered a love of world folk music in their teens. All four have traveled extensively in the US and throughout the world with Village Harmony, Northern Harmony and the Renewal Chorus, leading workshops and giving concerts. Over the past decade, Windborne has sought out masters of traditional singing styles in the US and around the world to study a variety of vocal music. Through these collaborations, they have developed the vocal agility and authentic sound for which they are known. In 2014, Windborne was one of 10 groups selected by American Music Abroad and the US Department of State to tour as cultural ambassadors through music. They traveled to Turkmenistan, Kyrgyzstan, and Angola, touring with internationally known artists, performing at sold-out national theaters, and collaborating with traditional musicians in each country. They also taught music and dance workshops to schoolchildren, English-language learners, dance schools, choirs, and music conservatories. Windborne’s dynamic concert programs have included songs from Corsica, the Republic of Georgia, Bulgaria, Quebec, and Basque country, as well as traditional and original American folk music. For their concert at the American Folklife Center, they will be performing work related songs from AFC collections from a variety of traditions in celebration of Labor Day.