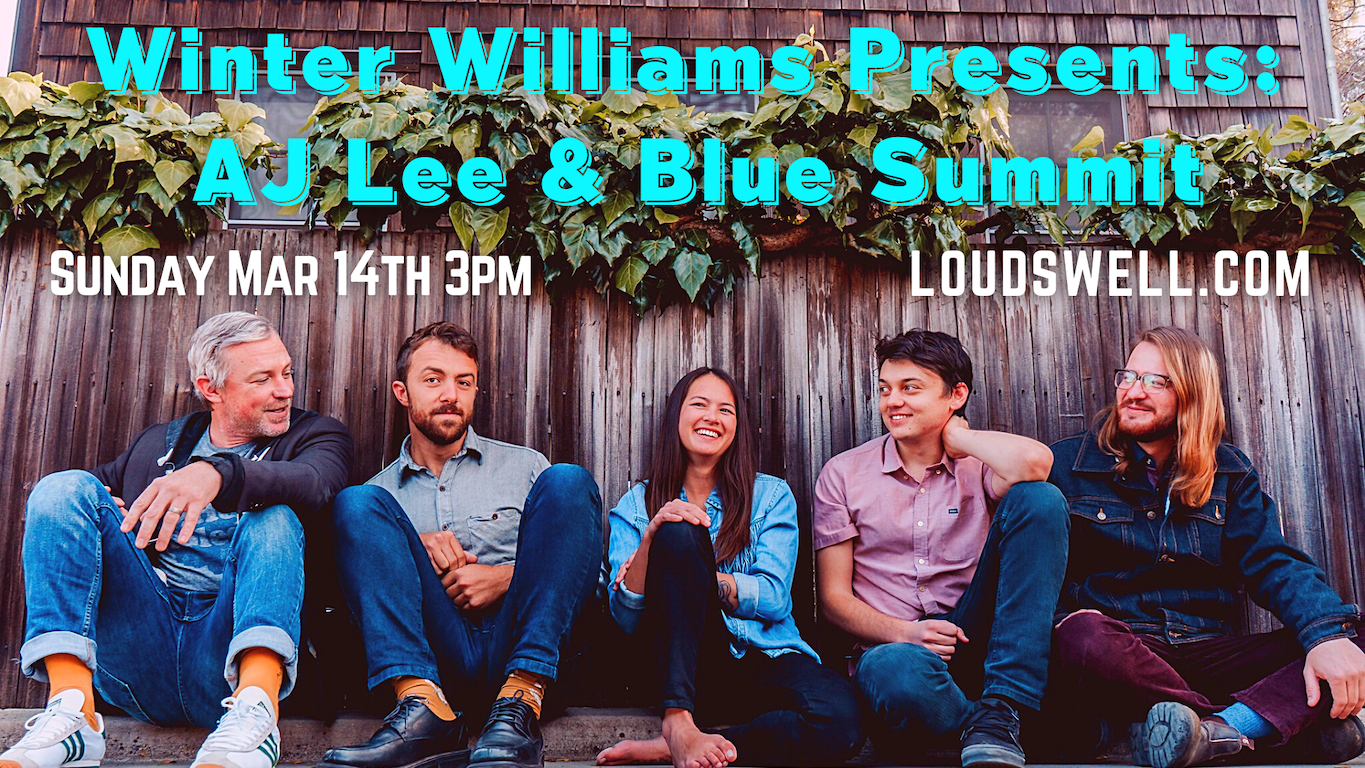 AJ Lee and Blue Summit, a bluegrass band led by singer, songwriter, and mandolinist, AJ Lee, has been the darling of the North Bay, California bluegrass scene since their first appearance in Santa Cruz. Drawing from influences such as swing, folk, blues, jazz, country, soul, and rock, their undeniable talent and insatiable passion for bluegrass harks back to traditional classics while remaining uniquely modern. Over the years, Blue Summit’s performed all around the country as well as in the UK, Ireland, and France. They’ve accrued many devout followers and distinctions including the Freshgrass 2019 Band Contest Winner, IBMA 2019 Momentum Vocalist of the Year, 2nd Place at the 2019 Winfield Guitar Competition, and numerous awards in Northern California. In 2019, AJ Lee and Blue Summit came out with their debut album, “Like I Used To,” which consists entirely of AJ’s original songs. Equipped with these new songs and their archive of nostalgic tunes, they’ll continue playing to both familiar and new audiences, endearing themselves to the country and the world.