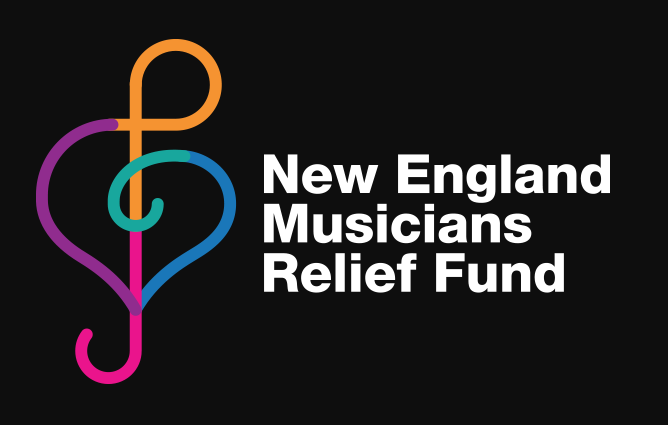 Mari Black and Cory Pesaturo to Perform “Unscripted: Improvised Music from Around the World” June 9th at 7:00PM
(CAMBRIDGE, MA – May 21, 2021) World champion fiddler Mari Black and world champion accordion player Cory Pesaturo are teaming up to present “Unscripted: Improvised Music from Around the World,” a concert to raise money for New England musicians in need. Known for their individual musical versatility and vivaciousness, Mari and Cory hold over 10 World and National championship titles between them. Now the pair will take fans on a musical voyage around the world at Starlight Square in Cambridge on June 9th at 7:00PM, joined by special guest 17-year-old trumpet phenom Cameron Shave. The show is free, but donations are encouraged at the event to support the New England Musicians Relief Fund (NEMRF), a nonprofit that provides grants to professional musicians throughout New England and New York’s Upper Hudson Valley.
“The New England Musicians Relief Fund was there for me and hundreds of other musicians over the past year and a half,” said Pesaturo. “This concert is a small way to say thanks to the organization that allowed musicians across New England to hold on a little longer until music could return.”
Raised on a rich blend of traditional musical styles, Mari made her entrance onto the international stage when she became Scotland’s Glenfiddich Fiddle Champion, 2-time U.S. National Scottish Fiddle Champion, and 2-time Canadian Maritime Fiddle champion, all within a three-year period. Ever since then, she has been spreading her love for dance-based music, performing as a featured artist at Celtic festivals, celebrated folk venues, world music concert series, and acclaimed classical concert venues including Carnegie Hall.
Known for his fluent improvisational skills and revolutionary digital accordions, Cory’s extensive performing resumé features appearances all over the globe, including several performances at the White House for President and Mrs. Clinton, and headlining at international accordion festivals. He is the only person to ever win a World Championship on Acoustic, Digital And Jazz Accordion, and the only accordion graduate of the prestigious New England Conservatory of Music in Boston. In 2017, Cory became a Guinness World Record Holder, as Red Bull flew him to Austria to break the Marathon Accordion Record, in which he played for over 32 hours.

The pair last performed in March of 2020 at Club Passim in Cambridge. They are now excited to bring their music to Starlight Square, a temporary area for performances and events created by the Central Square Business Improve¬ment District, Flagg Street Studio, and Boyes-Watson Architects. Initially proposed to the city the day before the COVID shutdown in 2020, the Central Square community has come together to bring Starlight Square to life over the past year, focusing on offering space for the culture, businesses and community centers of the region.
Formed in 2020, NEMRF has distributed $1,000 grants to more than 400 working musicians facing financial challenges during the pandemic. Even as venues slowly begin to open up, the financial recovery for musicians is expected to be slow. NEMRF is dedicated to supporting musicians throughout the recovery and to providing a long lasting safety net for years to come. Whether it is a fire that forces a musician from their home, an unexpected illness, or any other financial setback, NEMRF will be there to support the artists that make New England’s vibrant music scene possible.
“Live music is a heartbeat, and that heartbeat has slowed in the past 15 months,” says Dennis Alves, board member of NEMRF. “We’ve heard from so many people whose careers fell silent this past year. We are relieved that music venues are re-opening and we will continue to help those musicians feel energized and ready to play as we recover, and for years to come.”
Cameron Shave catapulted into the local spotlight at age 11 when his trumpet was heard on the streets of Providence. It didn’t take long before this phenom was internationally recognized as a prodigious star. At age 17, Cameron is a Jazz Scholarship winner of the International Trumpet Guild and one of four winners of the Fidelity Investments Young Artists Competition at the Boston Pops. He can be heard performing with the Boston Pops in a virtual concert that will be released on June 9, 2021. Cameron attended the Jazz at Lincoln Center “Summer Jazz Academy” directed by Wynton Marsalis, and has worked with the Celebrity Series of Boston in performances such as Jazz Along the Charles: a walkable concert on the DCR Boston Esplanade. In addition to his trumpet playing, Cameron is a composer, arranger and bandleader across Greater Boston and Providence.

To secure complimentary tickets to the June 9th show, and to learn more about the New England Musicians Relief Fund, visit www.NEMRF.org/starlight. Donations are always accepted and appreciated. Any musician in New England and New York’s Upper Hudson Valley facing financial difficulties can apply for a grant at NEMRF.org/apply.