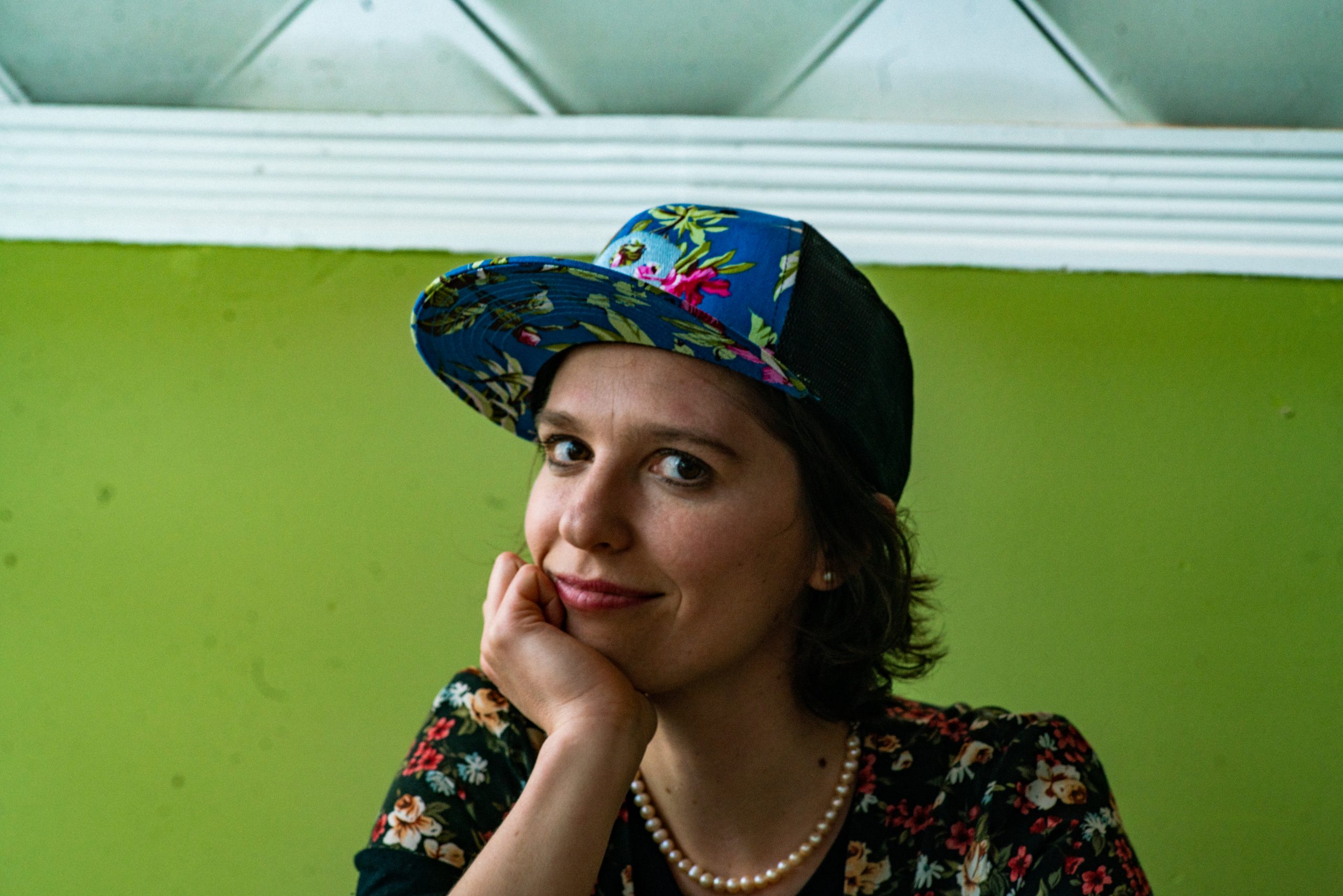 Zoe Guigueno is a songwriter and multi-instrumentalist. Raised in the Gulf Islands of British Columbia on water taxis and the Rise Up Singing, Zoe got a taste for jazz as a teenager when an old-timer gave her his cassette collection. Majoring in upright bass, she earned a degree in jazz performance from Toronto’s Humber College in 2009. After years hammering out the Canadian festival circuit with a folk-rock band (Fish & Bird) in an old Japanese van running on waste vegetable oil, she moved to New York City in 2013. She has toured internationally with such groups as Grammy-nominated bluegrass band Della Mae, klezmer supergroup Michael Winograd and the Honorable Mentshn, and the avant-pop string quartet Laura Cortese & the Dance Cards.

In 2016 Zoe began working with Brooklyn producer Alec Spiegelman (Cuddle Magic, Ana Egge, Anaïs Mitchell), releasing an EP in 2018 called Five Songs. In 2020 she released Secret Admirer, of which critic Nick Teehan said “It’s illuminating… deeply personal and exposed narratives amid warm, and present arrangements.” Zoe has recently moved back to BC and is working on her next album.