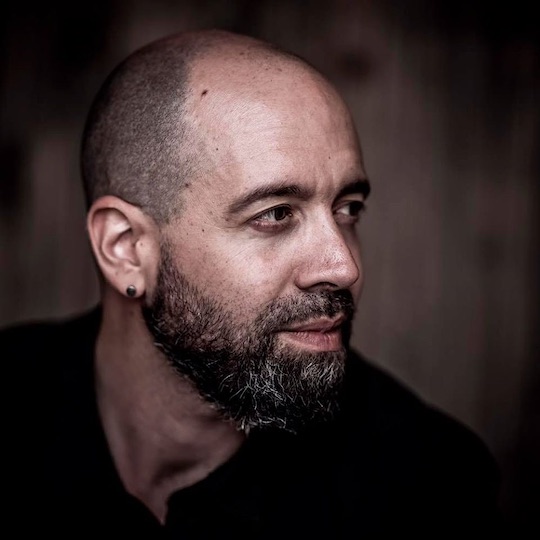 A true virtuoso guitarist, Shaun Ferguson is an accomplished composer and performer. Caraquet's self-taught musician offers modern, free, transcendent, and unique instrumental music. His musical language, representing a poetry rich in subtleties, is surprisingly intense and inevitably makes us travel, and this, for nearly 20 years.
Both on stages in Canada and across Europe, Shaun Ferguson managed to captivate his audience with his charismatic personality and musical surge, sometimes sweet, sometimes powerful. His almost hypnotic interpretation appeals to both instrumental music enthusiasts and less informed audiences.
Being an artist guided by his intuition, agility and sensitivity, Shaun Ferguson draws his inspiration from various sounds, moving from folk to world music, which he transforms as he pleases.
Originally from the Acadian Peninsula, in northeastern New Brunswick (Canada), the guitarist has always been passionate about his instrument and continues to deepen his knowledge in the field as well as that of multiple stringed instruments. This talent and versatility allow him to collaborate with many artists from all walks of life, from dance to literature, including the visual arts. Some of his works have also travelled the world in recent years, notably in the soundtrack of various productions and during his participation in various events, such as Le Printemps de Bourges and les Québecofolies in Huy in 2019.
Winner of several awards, Shaun has also garnered numerous nominations and recognitions over the past few decades. He has so far performed in more than a dozen countries!
After launching his second album Résilience in 2017 (which earned a nomination at the Gala Trille Or as the best album of Acadia in 2019) as well as his first opus Ascensions in 2011, Shaun Ferguson is currently working on a new album to be released in 2022.