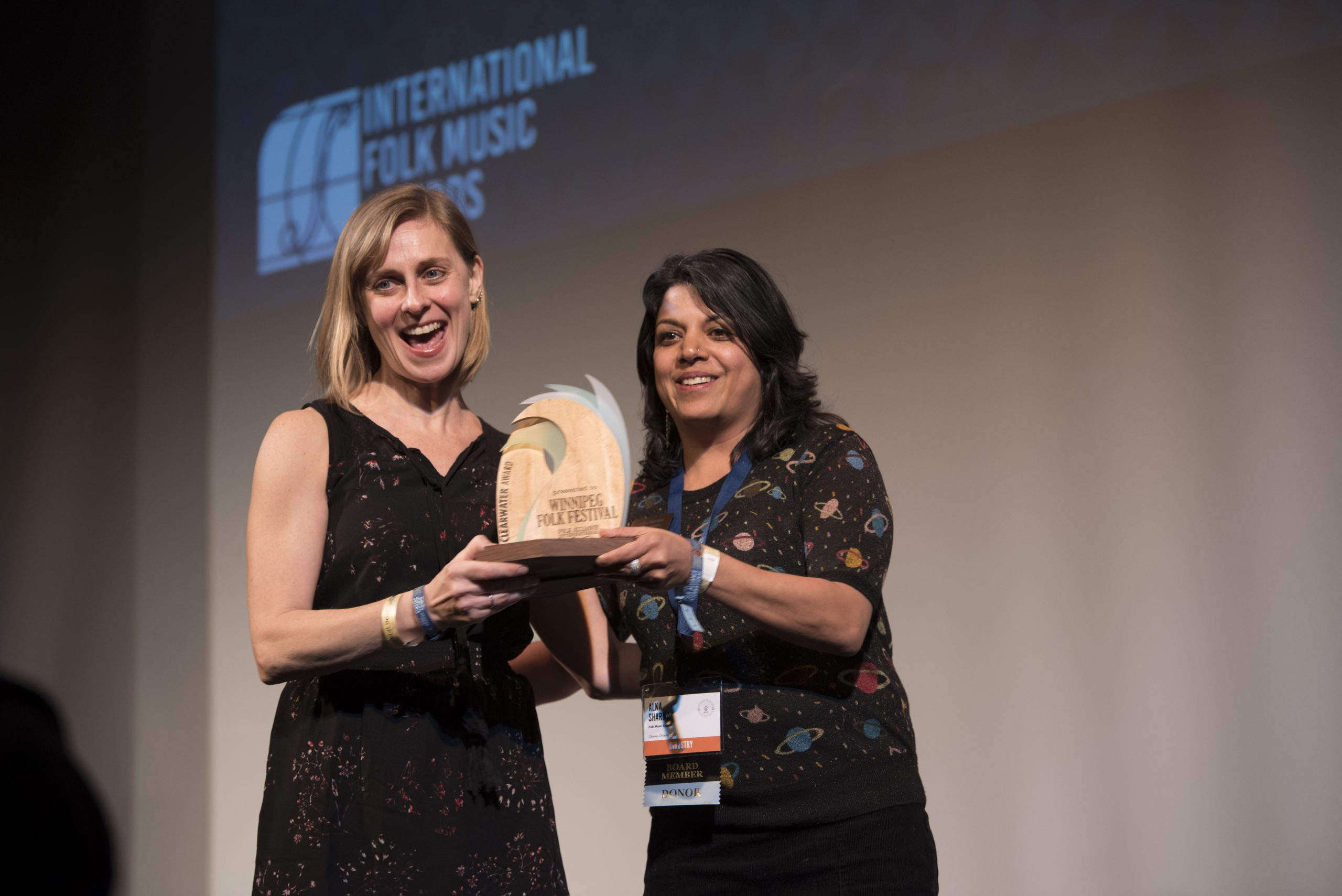 Presented to a festival that prioritizes environmental stewardship and demonstrates public leadership in sustainable event production. 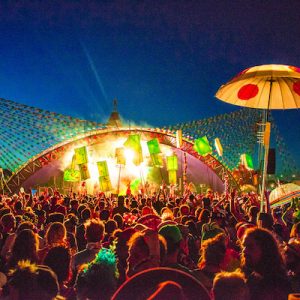 Shambala Festival is a four-day contemporary performing arts festival in Northamptonshire, England. The festival is completely and utterly committed to being sustainable, circular, regenerative, net positive, earth and life respecting, and future thinking. They have reduced the festival’s carbon footprint by over 90%; achieved 100% renewable electricity; became meat, fish, and dairy-milk free; and eradicated single-use plastics. They’ve received many awards for their sustainability work, including the Innovation Award at the 2018 UK Festival Awards, the International A Greener Festival Award, the Outstanding Achievement Award at the Creative Green Awards in 2017, and more. The festival is Creative Green Certified and has committed to measuring and transparently reporting all of their impacts to provide an honest evaluation of their efforts. They work with independent third parties like Julie’s Bicycle to assess their performance and carbon footprint. Learn more about the festival and their work at shambalafestival.org. 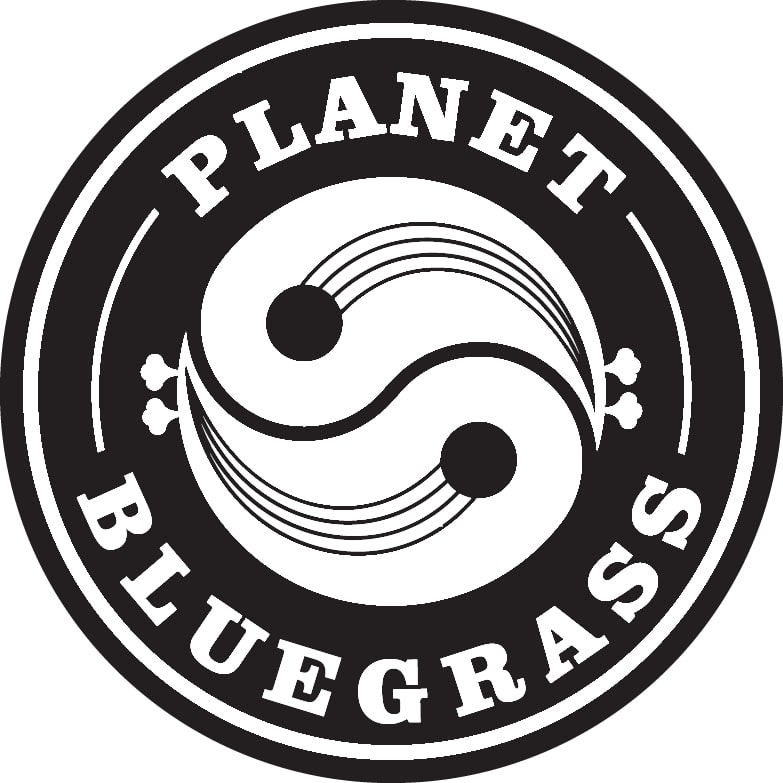 Planet Bluegrass (producers of Telluride Bluegrass, Rockygrass Festivals, and Rocky MTN Folks Festival) has embraced a “Leave No Trace” ethic and demonstrated environmental leadership engaging in strategic community-level plans and programs to center the idea of stewardship. In 2018, after rigorous external review of its operations, Plant Bluegrass became a certified Public Benefit Corporation in 2018 — a legal entity recognized formally as committed to business practices that are sustainable and beneficial to society and the environment.

At each of its respective festivals, Planet Bluegrass incentivizes reuse over recycling. This includes a reusable plate program, annually monitoring and reporting on waste diversion of over 60% (twice that of the national average), employing solar power to offset over 10 tons of CO2 emissions annually, providing composting and compostable bottles, offering free filtered water on site, and donating leftover festival food to local community organizations.

The Woodford Folk Festival (produced by Woodfordia) has a “500-year Plan” that aims to gift future generations of the festival a clean slate; unencumbered by financial, social, or environmental debt. The festival occurs on 500 acres of environmentally responsible parkland, featuring best practices in environment management including waste minimization, use of biodegradable and recyclable packaging, onsite composting of over 50 restaurants, annual tree planting, eradication of pesticide use, erosion control, development of wildlife corridors, and the introduction of endangered species into a purpose-built onsite recreational wetland. Woodford uses locally-sourced sustainable bamboo for the construction of large-scale bamboo structures and constructed a fully sustainable wastewater treatment facility which reduced annual carbon emissions by 9%. The festival has a #OneLessCar program that encourages cycling to the festival, ridesharing, and the use of public and festival transportation. To reduce vehicle traffic onsite during the event there is a fleet of bikes for volunteers.

Pickathon is the only outdoor music festival in the United States to eliminate all single-use, cups, bottles, dishware, and utensils. Starting in 2010, the festival successfully replaced all throw-away cups with stainless steel Klean Kanteen cups. Since 2011, all plastic food dishes & utensils have been replaced with reusable bamboo-based materials. Ample free drinking water is available throughout the festival site for patrons to use with refillable containers. A volunteer Recycling & Compost team spends most of the festival rounding up everything that can be either recycled or composted. The site (Pendarvis Farm) hosts a permanent solar array on the roof of the Galaxy Barn. The energy generated during the year offsets 100% of the energy used during the festival in addition to 100% of the electricity used by the food and craft vendors.

The Hillside Festival is a three-day, multi-stage event with a broad artistic vision that takes place at an accessible conservation area at Guelph Lake, Ontario. The festival’s mission is to celebrate creativity through artistic expression, community engagement, and environmental leadership. In the ’80s, Hillside made a commitment to continue greening initiatives on-site at the festival each year, designed to keep the earth clean and green and to include as many people as possible. These initiatives include using hand pushed carts instead of golf carts on site, bike brigades to the festival, shuttle buses paid for by onsite parking charges, free potable water, solar-powered phone charging stations, pedal-powered stages, compost and recycling stations, reusable cups and cutlery with dishwashing facilities, and a living “green roof” on the Mainstage that doubles as a garden. Hillside has won many awards for these initiatives, including Best Green Operations from Canadian Music Week, the Best Greening award from Festivals and Events Ontario, and the Grand River Conservation Authority’s highest distinction – the Honour Roll award. To learn more about Hillside’s “Green Initiatives”, click here.

The Winnipeg Folk Festival, founded in 1974, is a four-day festival in Manitoba, Canada. The organization operates with a “leave no trace” principle, and prioritizes environmental sustainability at the festival site, in the office, and at year-round events. Consciously embracing environmentally responsible business practices and minimizing environmental impact, the festival was the first event in Canada to receive certification from The Eco-Logo Program. Additionally, the organization has received Fair Trade certification for purchasing standards and were awarded a Greener Festival Award for sustainability. Specific on-site efforts include banning bottled water and requiring all food vendors to use compostable products for disposable cutlery, napkins, and cups. The festival also promotes active transportation through Bike Ride to Site, a program that has reduced carbon emissions by up to 8.69 kg per rider.

The inaugural award is presented to its namesake organization, the Clearwater Festival. Held along the banks of the Hudson River at Croton Point Park in Croton-on-Hudson, NY, the festival’s roots are based in the environmental movement and the event strives towards zero festival waste, most recently diverting 12 tons of recycling and compost from landfill, totaling 80% of their waste stream. In honor of their steadfast leadership in setting an example for the music industry on powerful environmental stewardship, we are pleased to present Clearwater Festival with this eponymous award.